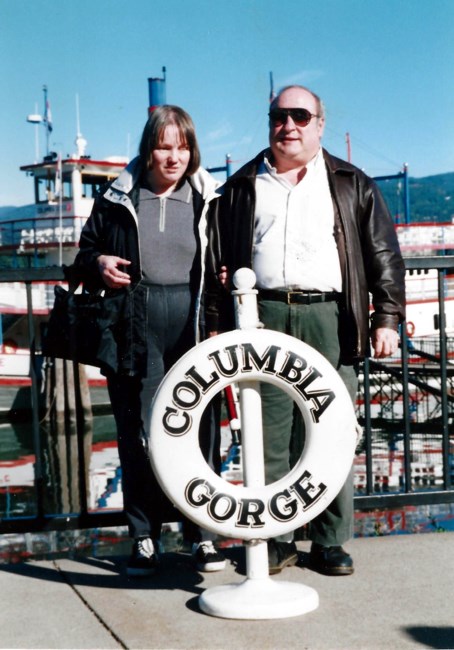 As a long time Broadcast Engineer and Entrepreneur who brought pleasure via the radio, Jerry David Delaunay operated many non-profit organizations like Golden hours, Omni Media Network as well as organizations that taught visually handicapped people how to be successful in radio broadcasting. He was challenged throughout his life. His blindness never squelched his passion for radio broadcasting. He gave freely of his time to help anyone seeking a career in broadcasting. Jerry David Delaunay was born on November 14, 1951 in Pasadena, California to Edward and Jean Delaunay. He attended Arcadia High School. He received his Associate of Arts in Broadcasting from Pasadena City College, then graduated from California State University, Los Angeles in 1975 with a Batchelor of Arts in Radio and Television Broadcasting. On October 25, 1995 he married Holly Dustan and she worked with him in broadcasting in addition to her work with the US Government. Jerry taught at multiple state agencies for the blind while running a variety of non-profit radio stations. For many years he was led by his beloved seeing-eye dogs, Ditto, then Iris and finally Kihei. He won many many awards over the years including a Meritorious Service Award and Outstanding Service Award from the Oregon Disability Commission. This resulted from his advocacy for the American Disability Act. In addition, he received recognition by the United States Committee for UNICEF. He also received an award from USDA for his work with Oregon Rural Development. Jerry worked for various companies throughout his career, including California Eye and DSA Community Network from 1977until 1989. Taught at William Carey International University from 1983 until 1986. Served as Public Affairs Director for KROQ Radio from 1976 until 1980. He served many years for Oregon Public Broadcasting and received an Outstanding Employee Award for his efforts with Golden Hours, which provided radio programs to shut-ins and nursing homes across the state. For the past few years Jerry dealt with many heart related issues. This is finally what took his life on December 6, 2018 in Portland, Oregon. He is survived by his wife Holly Dustan Delaunay. He suggested donations go to: Fidelco Guide Dogs (they train seeing-eye dogs.) 103 Vision Way, Bloomfield, CT 06002 https://www.fidelco.org/donate There will be no service, but if you would like to leave a message for the family please share a memory of Jerry on this webpage.
See more See Less

In Memory Of Jerry David Delaunay