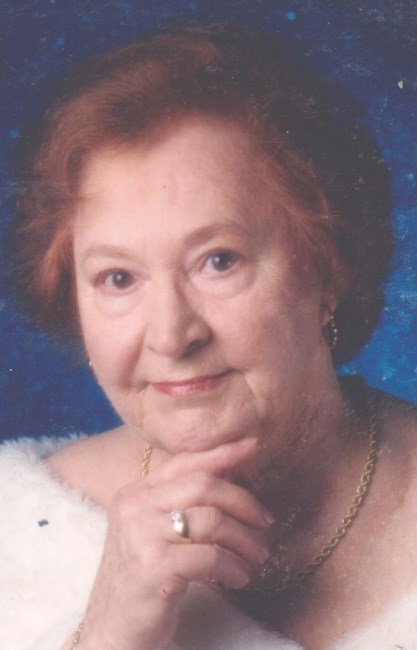 Catherine Sue Jennings January 12, 1922 - January 16, 2022. Catherine passed peacefully of natural causes just after celebrating her 100th-year birthday. Originally from Golconda, IL she married her hometown sweetheart Kesner Lane Jennings and together they went off to college where she received her Bachelor's Degree from the University of S. Illinois in Math. During WWII she moved to Washington, DC to work for the Army Corp of engineers as a civilian, along with her husband who was an engineer, where she calculated the statistics used for supplying our troops overseas. She recently mentioned that she wanted to be an engineer like her husband, but women weren’t allowed to be engineers then. After the War they moved to Baltimore, MD, started a family and went on to raise 4 children Janet Lazzaro and her husband Frank, Patricia Perry and her husband David, Duane Jennings and his wife Barbara and Michael Jennings and his wife Marcia. She was a devout Christian and later in life, worked as a school teacher at The Timonium United Methodist Church where she was also a devoted member for more than 60 years. She was a breast cancer survivor and also survived COVID19! Up until just last year while recovering from COVID, she had been living independently in her same home of 70 years in Timonium, MD until she was 99 years old. She was a devoted wife, happily married for 55 years, the mother of 4, grandmother of 6 and great grandmother of 9! She was adventurous, always happy and full of energy, loved boating on the Chesapeake Bay and to travel. Catherine was an incredibly loving, caring and generous soul who is an inspiration to all of us who were fortunate enough to know her. She was a sweet as pie and tough as nails pioneer woman, a true American legend and our hero and she will be greatly missed by her family. The family will receive friends in the Lemmon Funeral Home of Dulaney Valley, Inc., 10 W. Padonia Road (at York Road) Timonium, Maryland 21093 on Thursday from 5 to 7. Catherine’s life will be celebrated at the funeral home on Friday, January 21, 2022, at 12 PM. Interment Private. In lieu of flowers, expressions of sympathy may be directed in Catherine’s memory to American Cancer Society P.O. Box 22478, Oklahoma City, OK 73123.
See more See Less

In Memory Of Catherine Sue Jennings