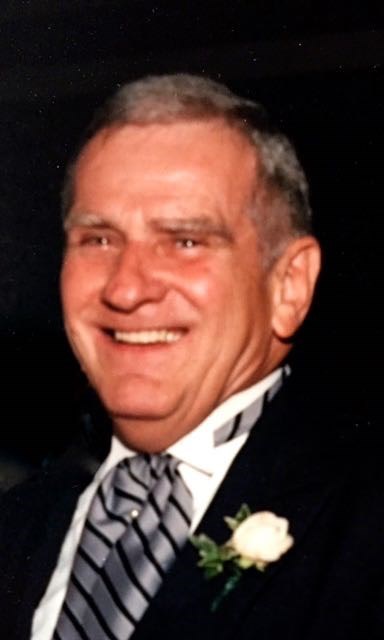 Married his childhood sweetheart 2.11.50 Ellen Regina Cosgrove who lived a few doors down. They had three sons and a daughter.

Childhood - trickster, claimed to be the fastest oyster padder in the family business.

Jack spent his childhood growing up on Washington Street in East Baltimore above the family seafood business. He graduated from Baltimore Polytechnic Institute in 1945. He was known to practice on the piano into the wee hours of the morning.

He worked at the family restaurant business Hasslinger’s Seafood upon entering the Marine Corps on Feb 20, 1946. He served 8 months and served as a Control Tower Operator whiled stationed in China upon completion of his training in Jacksonville Florida.

He studied piano under Austin Conrady at Peabody Institute of the City of Baltimore graduating June 1, 1956. Shortly thereafter he started teaching private lessons in a studio in his parent’s home in Lutherville ( Pickett Road).

Lived on Cedarcroft Road then in August 1963 moved to Jodyway in neighborhood of Valleywood in Timonium as the family was expecting their 4th child.

He taught so many of the neighborhood kids that his reputation spread. His students traveled from Baltimore County, Baltimore City and Southern PA. He taught piano in his home studio. During his busiest years he taught kids from 6 years old to 65 from 3 pm - 10 pm with as little as 15 minutes for dinner most times.

He was a Colts Season Ticket holder and loved taking the kids to see the Baltimore Orioles and Clippers. He would hold his recitals at Pinewood Elementary where his wife Ellen would serve Pink Lemonade and Sheetcake from Fenwick Bakery.

Once the kids started attending high school and college he supplemented his income by tuning pianos of his students and almost every piano used in the Baltimore County school system.

As a special treat for his students he would set up multiple HO train garden displays in his basement. He also enjoyed crabbing, fishing and vacationing with family in Ocean City. He loved setting off model rockets for his grandchildren and most of all, playing the piano for others.

He retired to Oak Crest Village in the fall of 2003.