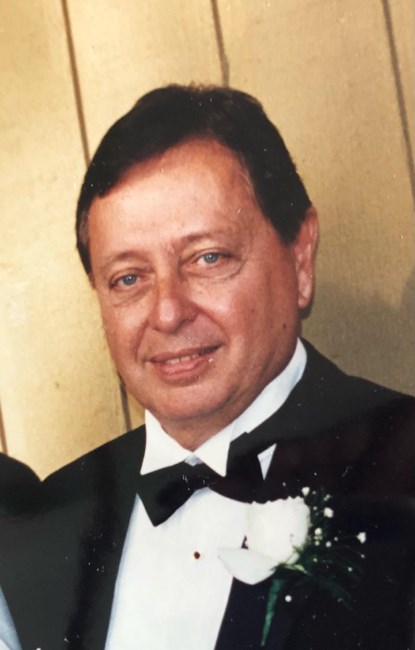 Robert E. Donadio, Sr., a prominent attorney in Towson for 56 years and a Baltimore County Assistant State Attorney, passed away on August 17, 2021. Robert was born in Indianapolis, Indiana to Anthony Prosperous Donadio and Violet Carmelina Donadio. He served his country as a Medic in the US Army for four years. Robert was a proud graduate of Calvert Hall and continued his education at Mt. St. Mary’s and received his law degree from Mt. Vernon School of Law in Baltimore, Maryland. Robert was the loving husband of late Frances L. Donadio; loving father of Robert E. Donadio, Jr., Anne F. Pineau and her husband Richard, Jean M. Krocheski and her husband Thomas, Diane E. Inglesby and her husband James, William L. Donadio, Gregory A. Donadio and his wife Terri, and the late Janet L. Donadio; dear brother of the late Anthony P. Donadio and Raymond R. Donadio; Cherished grandfather of Landon, Reed, Brianna, Liam, Stephen, Alivia, Natalie, Taylor Julia and Sarah; Great grandfather of Nolan, and Preston. The family will receive friends St. Joseph Church, 100 Church Lane, Cockeysville, Maryland 21030 on Tuesday, August 24, 2021 from 10am to 11am at which time a funeral Mass will be celebrated at 11am. Interment St. Mary’s Cemetery. In lieu of flowers, expressions of sympathy may be directed in Robert’s memory to Gilchrist Hospice, 11311 McCormick Road, Suite 350, Hunt Valley, Maryland 21031.
See more See Less