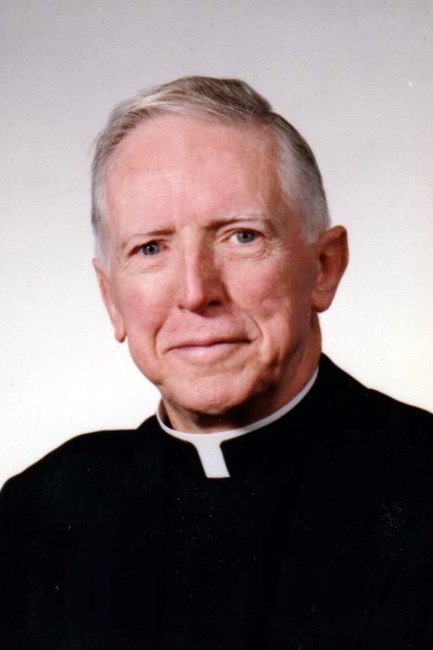 Rev. Robert T. Kennedy was born in 1929 in Boston, MA to Thomas J. Kenedy and his wife, Mary McCarthy Kennedy. After completing his primary education, Bob attended and graduated from Iona Prep (1946), the College of the Holy Cross (1950), and Harvard Law School (1953). Bob then worked as the Law Clerk for Judge Charles Fahy on the United States Court of Appeals in Washington, D.C. Bob was ordained to the priesthood on May 30, 1959 in New York’s St. Patrick’s Cathedral. He was then sent to study Canon Law at the Lateran University in Rome. It was there that he completed his course work and received his J.U.D. degree. Upon his return to New York, Bob served in three parishes, chaplain at the United States Military Academy at West Point, Assistant Chancellor of the Archdiocese and professor at New York’s St. Joseph Seminary. Beyond New York, Bob has served as a consultor to the United States Conference of Catholic Bishops, a member of the Papal Commission for the Development of Administrative Law in the Church, and as the O'Brien-O'Connor Scholar in Canon Law at the Catholic University of America for over 30 years. Bob was elected president of the Canon Law Society of America in 1970, and six years later, received the Canon Law Society's highest award. A few years later, he followed Joseph Cardinal Bernardin as the recipient of the rarely-given "Prestigious Award" of the National Association of Catholic Chaplains. His growing scholarly reputation led to visiting professorships at Princeton University, Maryknoll School of Theology and New York University School of Law. Retired from Catholic University, Bob served as chaplain at the College of Notre Dame in Maryland for six years, 2007 to 2013. Bob continued his priesty work beyond his second retirement. There were weddings, funerals, and many, many consultations initiated by those charged with the Governance of the Church. His guidance was sought by and thankfully received by many, both religious and laity. Bob’s earthly journey ended on March 28, 2019. Surely God welcomed him home with the words: “well done, good and faithful servant.” He is at rest now and living in eternal happiness and peace. Bob was the beloved brother of the late Thomas J. Kennedy, Jr.; dear uncle of Richard J. Kennedy, and the late Barbara Kennedy Shortell; great uncle of Christopher Kennedy Shortell, Catherine Kennedy Shortell Nuzzo, and Meghan Elizabeth Kennedy Shortell-Fratantonio; beloved cousin of Ellen and G. Ann Kiel; also survived by other nieces, nephews, family and friends. The family will receive friends in the Lemmon Funeral Home of Dulaney Valley, Inc. 10 W. Padonia Road (at York Road) Timonium, Maryland 21093 on Sunday, April 7, 2019 from 2:00 pm to 4:00 pm and 7:00 pm to 9:00 pm. A Mass of Christian burial celebrated at the Catholic Community of St. Francis Xavier, 13717 Cuba Road, Hunt Valley, Maryland 21030 on Monday, April 8, 2019 at 10:00 am. A Mass of Christian burial will be celebrated in St. Theresa of Avila Church, West Roxbury on Friday April 12, at 11:00am. Interment Holyhood Cemetery, Brookline. In lieu of flowers, expressions of sympathy may be directed in Rev. Kennedy’s memory to the College of the Holy Cross, 1 College St., Worcester, Massachusetts 01610 and/or Catholic Relief Services, P.O. Box 17090, Baltimore, Maryland 21297-0303.
See more See Less