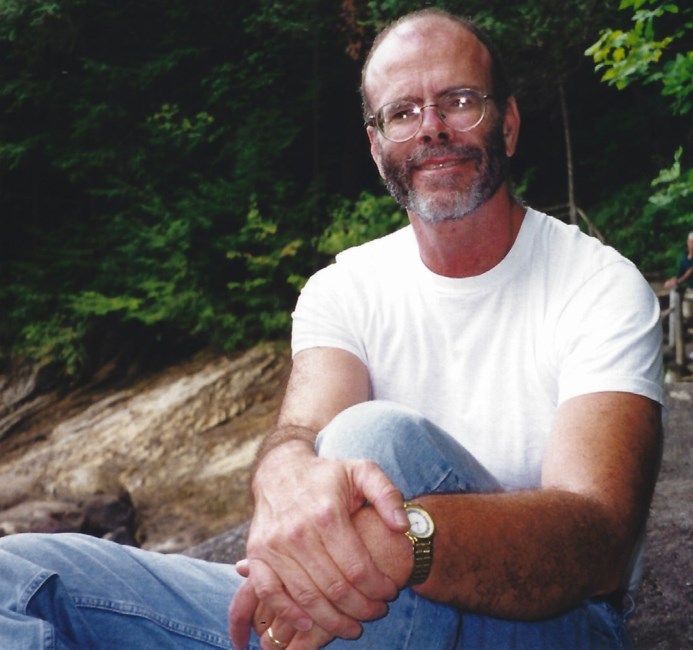 Dr. James W. Langenbucher, affectionately known as “Jim,” passed away peacefully in his sleep on August 14, 2022 at the Toms River home he shared with his partner of 11 years, Kathleen Volman. He was six weeks shy of his 71st birthday. Jim was born on September 27, 1951 in Hamilton, OH to Robert Langenbucher, Jr. and Margaret Langenbucher (née Anderson). He spent his early years in Ohio living what he often described as an idyllic 1950s midwestern childhood, spending countless hours outdoors running wild with his older brother Skipper, playing games, shooting firecrackers and generally making mischief. His playful streak (and love of fireworks) would last his whole life. After moving with his family to Santa Barbara, CA, Jim spent his adolescence and young adulthood in Southern California at the height of the hippie era, engendering in him a lifelong love for rock and roll, an open-mindedness and curiosity about the world, and healthy distrust for authority. After graduating from UC Riverside in 1979, Jim moved to New Jersey to attend graduate school at Rutgers University, where he met his first wife Beverly Brysk. They both earned PhDs in psychology from Rutgers and married in 1989. They welcomed son Daniel in 1991 and twins Adam and Caro in 1994. Jim was best known professionally for his career as an academic, and as a clinical and forensic psychologist. He was an associate professor of psychology with tenure at Rutgers University’s Center of Alcohol Studies for 30 years. At Rutgers, he was a dissertation sponsor and chair for doctoral level students, and maintained an active research agenda supported by millions of dollars of grant funding brought into the university. As a forensic psychologist, he was a foremost expert in the field of alcohol abuse in application to parental fitness and child health. His work in this field was foundational in New Jersey’s legal system’s efforts to bring science into the front line work of judges and lawyers, and highlights his legacy of championing the best interests of the most vulnerable. His contributions as an educator and mentor to his students, and the patients he treated for many decades, are a testament to the public good he spent his life pursuing. Jim was loved by those who knew him for his big heart. He was the sweetest, kindest man, and the most loving and supportive father. He had an easygoing nature and an open mind. He loved and cherished his children. He loved the simple pleasures of life and liked nothing more than to sit outside on his back patio with his loved ones, watching the birds flitting around the bushes, feeling the evening breeze on his face, enjoying a home-cooked meal grilled on his chimenea. He will be forever missed by his family and loved ones, who love him infinitely. Jim is survived by his children, Daniel, Adam and Caro Langenbucher; his partner Kathleen Volman and her granddaughter Jade Taylor, as well as numerous friends, colleagues, mentees, and loved ones who will miss him dearly. A memorial service for Jim will be held Friday, August 19, 2022 from 12:00 PM to 1:00 PM at Anderson & Campbell Funeral Home, 703 Main Street, Toms River, NJ 08753. Guests are invited to gather for the service at 11:30 AM.
See more See Less

In Memory Of James Langenbucher