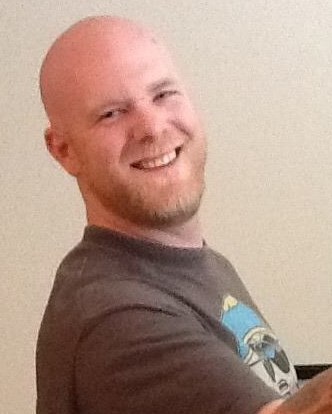 Michael Patrick Burke, age 32, of Toms River, passed away on October 16, 2015. Those who were close to Mike know that we are grieving the loss of a generous man with a big heart. He was a devoted father, son and brother and is survived by his precious daughter Arya, his fiancé Judi Hundemann; his mother Diane Ford and stepfather Kevin; sisters Elizabeth Price and her husband Ben, Caitlyn Burke, Christina Ford and Jennifer Ford; his grandmother Cecilia Burke and grandfather Philip Spruyt. He was predeceased by his father James E. Burke, and infant brother Patrick. Michael was born in Point Pleasant, NJ and was a lifelong resident of Toms River. A graduate of Toms River HS North, he spent many summers working on the Seaside Heights Boardwalk before joining the U.S. Army. He was a combat veteran deployed to Iraq during Operation Iraqi Freedom. Michael was a past member of American Legion Post 166, Lakewood NJ, VFW 9503, Bayville NJ and Disabled American Veterans. His passion and interests include spending time with his daughter and nephews, music, drawing, comics, books and movies were a big part of his life. He also enjoyed playing the bass guitar. Visitation will be held from 2-4 and 7-9 p.m. on Sunday, October 25 at Anderson and Campbell Funeral Home, 703 Main St., Toms River. A funeral mass will be held on Monday, October 26 at 11:00 a.m. at St. Joseph RC Church, 685 Hooper Ave., Toms River. Burial will follow at Brigadier General William C. Doyle Veterans Memorial Cemetery in Wrightstown. In lieu of flowers donations would be appreciated to the Elks Army of Hope, 56 Lenox Ave., Paterson, NJ 07502. They have done so much to support Michael and his family. Condolences may be made by visiting www.andersonandcampbell.com.
See more See Less

In Memory Of Michael Patrick Burke