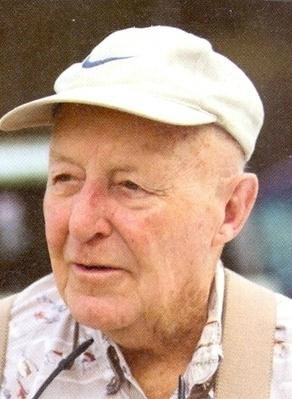 Paul D. "Pete" McLain, 88, of Toms River, NJ, passed away on June 6, 2014, at home, surrounded by his loving family. He was born in Bellevue, PA, and was a lifelong resident of Toms River, NJ. He attended West Nottingham Academy in Maryland and was a proud WW II veteran of the US Army Air Corp. Pete was a 1950 graduate of Cornell University with a BS in Wildlife Biology & Wildlife Management. He was employed by the State of NJ Division of Fish & Game from 1950 until his retirement in 1987 as Deputy Director. Throughout his career, he was a photographer, an outdoor writer, and hosted a local radio broadcast on wildlife. He received numerous awards during his career. After his retirement, he continued his lifelong work preserving Barnegat Bay and the surrounding wildlife.

Mr. McLain was predeceased by his beloved wife Anne H. McLain in 2012. He is survived by his son Samuel McLain and his wife Lynda of Seaside Park; his three daughters: Wendy Berg of Toms River, NJ, Nancy Valentino of Vineyard Haven, Massachusetts, and Elizabeth McLain and her husband William Hipple of Bayville, NJ; his sister-in-law Katherine Smith and her husband Gerald of Williamsville, NY; and his five grandchildren: Joshua, Evan, Noelle, Lauren and Shelby; along with his niece Leslie and nephew Jeff and John.

There will be a Memorial Gathering on Tuesday, June 10th, from 3-7 PM with a 6:30 PM service, at the Anderson & Campbell Funeral Home, 703 Main Street, Toms River, NJ. In lieu of flowers, donations may be made to the Pete McLain Scholarship, through the Barnegat Bay Student Grant Program and Save Barnegat Bay.

In Memory Of Paul D. McLain

A SERVICE WILL BE HELD TUESDAY EVENING AT 6:30 P.M.