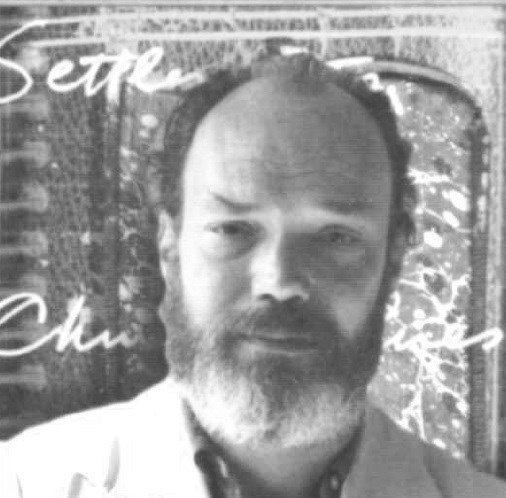 David Donnell, master poet and dedicated teacher, lived and wrote most of his life in the Annex area of Toronto. He was born in St. Mary’s, Ontario in 1939, but after a few years in Galt (now part of Cambridge), where his family had century-old roots, he and his parents moved to Toronto, where his literary career began. David’s early years in Toronto saw him involved with the League for Socialist Action, working along with the NDP. He worked for the City of Toronto Department of Roads and Traffic, wrote reviews for Canadian Art, and by 1970 his poetry and writings were widely anthologized in Canada and the USA. All through his life, David played an active role in important Toronto cultural events and gatherings. The year he published his first book, Poems, 1961, David also managed Thursday evening readings at the Old Bohemian Embassy, a gathering place for poets such as Gwendolyn MacEwen, Margaret Atwood and Joe Rosenblatt, some of David’s friends and peers. The Idler Pub on Davenport Road was another popular venue where David often read his poetry, and his songs were performed at Toronto bars and at the Music Gallery. For many years David was an active member of the Canadian League of Poets; he published both poems and reviews in journals such as Tamarack Review, Exile, Toronto Life, CVII, English Quarterly, The Montreal Gazette, Maclean’s, The Windsor Star, and Books In Canada. Among his awards were the Governor General’s Award for Poetry in 1983, for Settlements; the Today Canadian Comic Poem Award in 1981 (In Praise of Rutabagas) and the City of Toronto Book Award with China Blues, 1992. As an instructor at the University of Toronto School for Continuing Studies, York University, Bishop’s University, Humber College and Ryerson University, David taught, encouraged, and supported his students to write and publish to their best abilities. In 2010, he donated many of those papers to the U of T’s Thomas Fisher Rare Books Library. He also took poetry on tour as poet-in-residence, giving readings and workshops across Canada at universities, colleges, high schools, libraries, and art galleries. In his last years, David struggled with debilitating illness, yet remained positive in outlook and always passionate about Canadian poets and poetry. His poetry is accessible, pulsing with the realities of home, street and working life. And although David was, par excellence, an urban poet, he also immortalized the characters of his small-town boyhood. Finally, David makes us laugh when we might least expect to! His last book, Watermelon Kindness, contains the poem ‘Jaffa Oranges Are Sweet’, in which David weaves together his own family memories with a bucket list, references to contemporary sexual politics, and cultural commentary–all tinged with the gnawing sense of self-doubt we feel at times. It ends with a poignant picture of the ‘city boy’ against a backdrop of urban development: “…The cranes are flying & I’m eating strawberry cheesecake/at a little diner called Billy’s and I think confidence is just/ a question of what you’ve had for breakfast.” Chapeaux bas, David Donnell! A million thanks for your legacy of loving works! David is survived by his great friend Michelle Jennings, his sister, Nancy Kennedy of Cleveland OH; three nieces and nephews: Sarah Gyorki of Cleveland, Matthew Kennedy of Vallejo CA and Simon Kennedy of Boston MA, and by two great-nephews and two great-nieces, one of whom is also a poet. Please send any donations in memoriam to The Canadian Writers’ Foundation at: www.canadianwritersfoundation.org Online condolences can be made at www.rosar-morrison.com
See more See Less