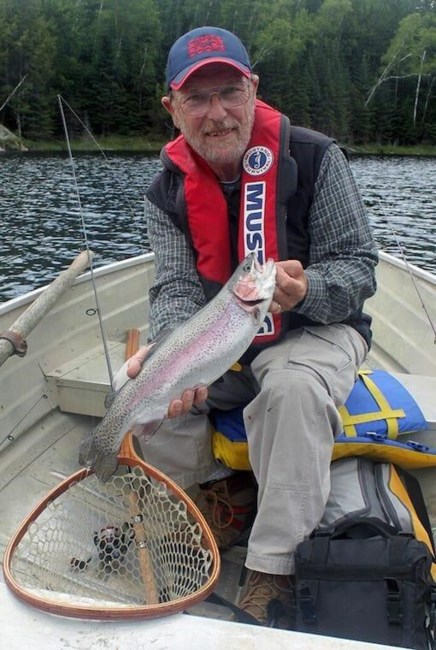 John Barry Kerr passed away from complications related to cancer on March 29. He passed peacefully in the East York home he lived his whole life in, surrounded by his loving family. He was 72. He is survived by his wife Charlotte, who "caught" him 51 years ago and is now releasing him, his two children Kelly and John Jr., his grandchildren Emily and Ethan, and his sister Carol. John was a legendary angler and outdoors writer/Editor-in-Chief for Ontario Out of Doors magazine until his retirement in 2012. He also wrote weekly outdoors columns for the Toronto Sun from 1981 until 2009. Among other honours, John was inducted into the Canadian Angler Hall of Fame in 2010. A celebration of life will be held later this year.
See more See Less

In Memory Of John Barry Kerr