Please join us in a celebration of the life of Lorna Toolis:

WHEN: Saturday, 23 October 2021
1:00 pm - 4:00 pm
WHERE: Streaming online (details below)
WHAT:
Those of us able to get to Toronto will be gathering to celebrate the life of Lorna Toolis. We will gather for 1:00 pm Eastern Daylight Time in the upstairs hall of a neighbourhood Legion. The celebration begins at around 1:30 with brief reminiscences from some of Lorna's friends and colleagues. This portion of the event will be streamed for the benefit of the many who are unable to attend. There will also be a slide-show, which will be streamed once the speeches are finished.

An online remembrance of Lorna may be found here -- https://www.dignitymemorial.com/obituaries/toronto-on/lorna-toolis-10305745

Viewers will not be able to participate in the broadcast, nor will their computer screens be shown. However, the Zoom chat feature will be enabled, so we encourage viewers to add their thoughts via the chat (which will be saved after this celebration is over), or to add a memory to the remembrance page.

DETAILS:
Join the event by computer:

If you cannot connect by computer, you can dial in by phone: 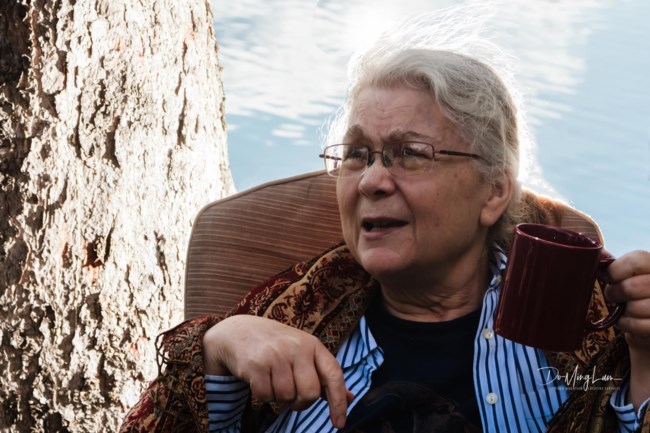 In Memory Of Lorna Diane Toolis