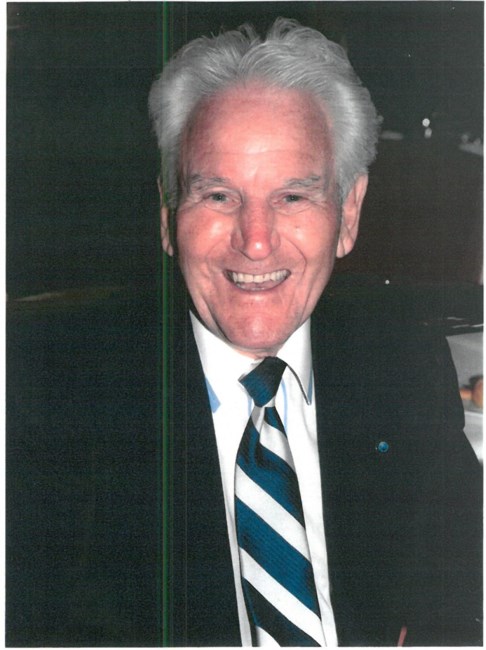 William (Bill) John Carroll, at the age of 98, passed away on Tuesday, June 21, 2022, in Toronto, Ontario, Canada. William was born November 12,1923 in Govanhill, Glasgow, Scotland. The oldest son to Margaret Corney, Glasgow, Scotland and William Carroll, Glasgow, Scotland (both deceased). William married Agnes (Murdoch) on March 17, 1948, in Glasgow, Scotland. They were happily married over 54 years, until her passing on July 22, 2002. They were loved deeply by their two sons: William Jr. John Carroll and Raymond Stewart Carroll (both deceased). William served proudly for the Military Services of the British Royal Army Corps. His heroic deeds overseas included service in North Africa and Sicily, Italy. He enlisted in the British Royal Army in 1941 at the age 18. He drove supply trucks for the Army Services Corp while in North Africa & Sicily, he also served at the Battle of Anzio. William resigned from the army in good standing in 1949 at the age of 25. William immigrated to Canada via the Cunard Steam Ship, Queen Elizabeth, via Southampton, New York, USA to Fort Erie, Ontario, Canada, landing on May 6,1953 with his wife Agnes, to start a new and exciting life together. William proudly became a Canadian Citizen on October 10, 1973. He was a long-time employee of the Toronto School Board where he was admired for his dedication, hard work and long years of service. Everyone who knew William would tell you what a kind and caring person he was, and that he had a beautiful smile and was always well dressed. He loved to travel to his favourite place Glasgow, Scotland. He loved to reminisce over Scottish cuisine with family and friends. He also enjoyed following sports, which included Glasgow Rangers and Toronto Maple Leafs, as well as international soccer. William also loved to read, he spent hours at the local used bookstore, collecting biographies of his favourite people in history and film. Red Lobster was William’s favourite restaurant, he enjoyed going with his son Raymond, to celebrate life events together while in Toronto, Canada. William was loved and admired by his brother George Carroll (Mary Jane) (both deceased) sisters: Margaret Turner (Jim), Mary Carroll (deceased), and Ellen McGowan (John) (deceased), Ellen currently resides in Renfrew, Scotland. William was a loving Uncle to Elaine Duncombe, Linda Brick (Doug) both residing in Canada, as well as Jim Turner (Ann), Eleanor (deceased) (Jim), Linda McGowan both residing in Scotland, and David McGowan (Marion) residing in Australia. William will be greatly missed and fondly remembered by his great nieces, great nephews, family, and friends. You will live on in our hearts forever Fond memories and expressions of sympathy may be shared at www.rosar-morrison.com for the Carroll family.
See more See Less

In Memory Of William John CARROLL