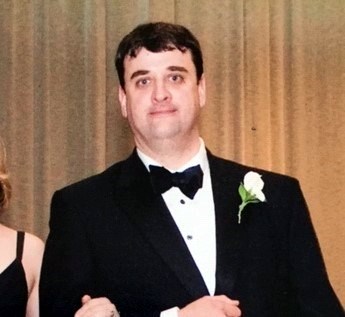 Benjamin Franklin George, III was a graduate of the University of Georgia’s College of Arts & Sciences and School of Law. With a professional focus on legislative affairs, Benjamin had served as Chief of Staff to the Georgia State Senate Majority Leader, Robert Brown. He also taught legislative policy to students at Emory Law School. Benjamin had a wide circle of friends. Among those were colleagues at the Georgia State Capitol, alumni of Tucker High School where he graduated in 1987, and Camp Glisson, a Methodist camp in Dahlonega, Georgia where he had been a camper, counselor, and director. Benjamin is predeceased by an infant sister, Katherine Ann George. He is survived by a sister, Emily George Tallant and brother-in-law, the Reverend Greg Tallant, and nephews Andrew and James Tallant of Avondale Estates. He is also survived by his parents, Marion Lansdell George and Benjamin Franklin George, II, of Tucker, Georgia. A funeral service will be held at Camp Glisson’s chapel, and a reception will follow. Please come as you are. Family and friends can provide gifts in Ben’s memory to Camp Glisson by either writing a check to North Georgia Camp and Retreat Ministries or by giving online. If writing a check, please note that the gift is made in Ben’s memory to the Glisson Fund. If giving online, family and friends can go to http://glisson.org/, click donate, and follow the prompts and instructions all the way to the bottom of the screen to give in Ben’s memory.
See more See Less