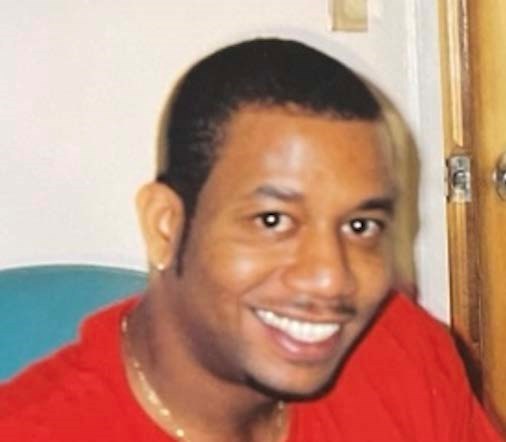 Jason Curtis Pinckney of Tucson, AZ was born September 2, 1976, in Fort Stewart, Georgia son of Bobara and Robert Manning, Sr. Jason graduated from Gulfport High School in 1994, located in Gulfport, Mississippi. He loved to learn! Jason was extremely inquisitive, and activities rooted in mental growth were of great interest to him. He was the person to know “random facts” ready to converse about anything from politics to conspiracy theories. Being the person who accepted challenges, he would master any task set before him as Jason was determined to always figure it out. If it was electrical, Jason could fix it! He was also a natural comedian and master impersonator, possessing the gift to tell stories and jokes like no other. Jason had an infectious personality, quickly winning others over with his smile, laugh, and ability to pull off the best pranks. He thoroughly enjoyed “nerd” sketch comedy, was a fan of martial arts films, and BMW cars, but most of all, cherished every moment with family. On February 16, 2019, Jason wed Monique Fimbrés, eager to build a forever life with her. He loved spending time with Monique and his children. Whether it was taking neighborhood walks with his wife, watching his oldest son dominate the football field or speaking about the beauty of his only daughter, Jason was a loving husband and father, extremely proud of the family he created. Left to cherish the memory of Jason are his wife Monique, parents Bobara and Robert Manning, Sr.; one daughter Anisa Yañez of Gilbert, AZ, four sons Jason Pinckney II, Joseph DeSoto, Robert “Bobby” Pinckney, and Leighton Pinckney of Tucson, a sister Shundréa (Frankie) Trotty Jr. of Des Moines, IA, two brothers Corbin (Demetrea) Jones of Commerce City, CO; Langston (Allegra) Jones of Lincoln, NE; his biological father Ricardo (Lisa) Jones of Loveland, CO, lifetime friend, JoAnn DeSoto of Tucson and a host of aunts, uncles, nephews, cousins, and friends. Jason was preceded in death by grandparents; Robert and Elizabeth Pinckney, Windolyn Manning, and a brother Robert Manning, II.
See more See Less

In Memory Of Jason Curtis Pinckney