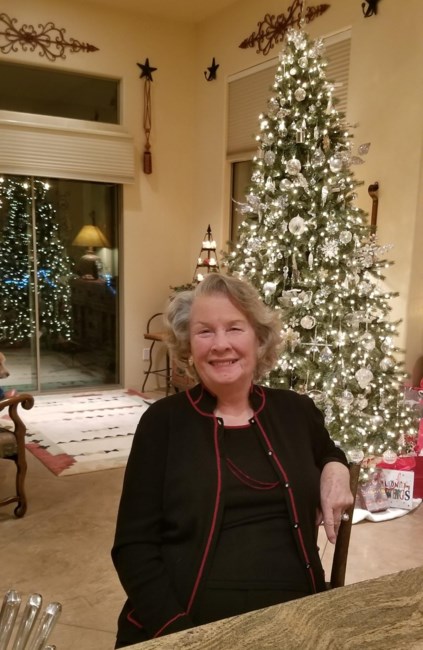 Born March 2, 1937 (Texas Independence Day). Passed September 20, 2022, at the age of 85 years. Margaret was the first twin of Margaret Grace and William Arthur Gates, born in San Antonio Texas where she lived for most of her life. The last 4 years of her life have been in Tucson Arizona. She was proceeded in Death by her parents Grace and Arthur, Sister Eleanor and Brother Phillip. Survived by twin sister Barbara and sister Marian; nephews Mark, Brian, and Aaron; nieces Michelle, and Heather and many great nieces and nephews. Margaret had a lifelong career with Southwestern Bell Telephone Company in San Antonio and was a proud member of the Pioneers. For over 45 years, she showed and raised English Springer Spaniels. She was founding member and President of the San Antonio English Springer Spaniel Club, Bexar County Kennel Club and President of the Comal County Kennel Club. As a tribute to her love for Dogs, the family asks that donations be made in her name to a local animal group in your area. Dogs were drawn to her and because of her love of Springer Spaniels, she had many friends all over the US. Margaret never married; however, she was mother and grandmother to many younger than she, always willing to help and listen. Her smile was genuine and she had a joyful laugh. She had a phenomenal high soprano singing voice and was the only person I knew who could sing the National Anthem properly. She loved classical music and the opera. Margaret will be interred in her beloved Texas at a future time.
See more See Less

In Memory Of Margaret Grace Gates