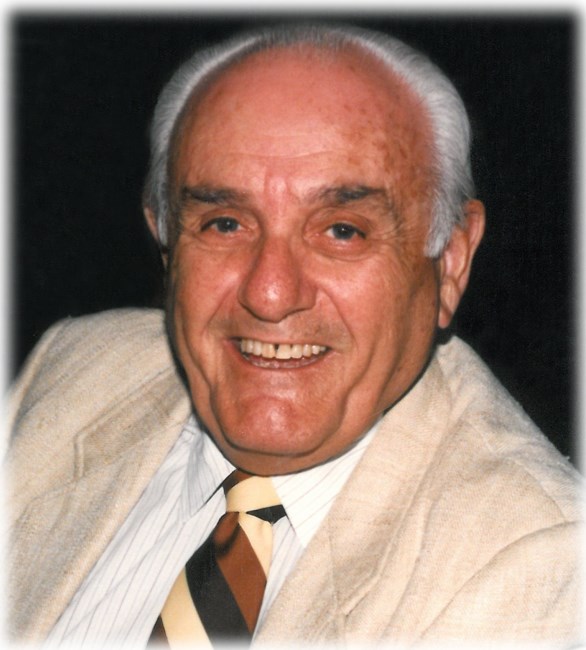 Murray Leonard, 93, of Tucson, Arizona, passed away peacefully on March 27th 2016. He was born in Scranton, Pennsylvania on May 4th 1922. Murray grew up in The Bronx, following all the NY Yankee greats.

When World War Two broke out he answered his country’s call to duty as a PFC in the US Army (83rd Reconnaissance Troup, 83rd Division), participating in the Battle of the Bulge, sustaining injuries and was awarded a Purple Heart. After getting married to the love of his life Edna in 1958, he moved to Tucson, Arizona to pursue a career in the mail-order and retail women’s clothing business with his wife at Old Pueblo Traders and the Vicki Wayne retail stores, retiring at the age of 78. He was a keen golfer and enjoyed playing with his buddies as part of the ‘Grumpy Old Men” golfing group, playing until he was 87. He also enjoyed playing the US stock market/investing mostly on his own, including reading the Wall Street Journal every day.

He is survived by a son, Richard (Stephanie) and loving wife of 57 years, Edna Leonard. He was preceded in death by his brother Sidney Goldschlager (Nora) of Rumson, New Jersey and parents, David and Rebecca Goldschlager, who immigrated to the US Iași, Romania. He is also lovingly remembered by all his nieces and nephews as fun-loving “Uncle Mursh”, who would do anything for a laugh. Funeral arrangements and a graveside service will be held at 11:30 AM on Friday, April 1st 2016, East Lawn Palms Cemetery, 5801 East Grant Road, Tucson, Arizona.

A special thanks goes out to all the ‘angels’ – the caretakers who spent the last number of year’s lovingly assisting Murray and his wife Edna.

In lieu of flowers, you may make a donation in his name to the Veterans of Foreign Wars:

In Memory Of Murray Leonard