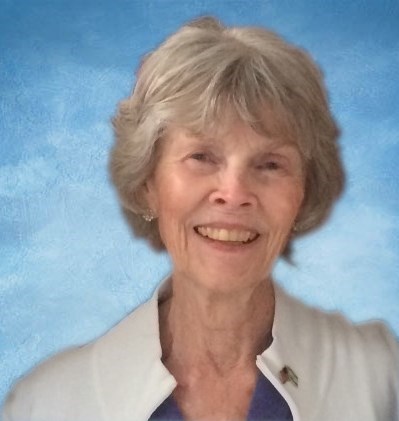 Rosemary Esther Guidero went home to be with Jesus on the 31st of July 2022. She was taken peacefully in her sleep after a long battle with late-stage Alzheimer’s disease. A beloved wife, mother, and grandmother, Rosemary is survived by her husband Albert Guidero, children Jason Miko, Josette Kehl (née Miko) and Erin Martens (née Guidero); grandchildren Emily Hunker (née Kehl), Aidan Kehl, Owen Kehl, and Tess Martens; nieces Maureen Grainger (née Mahan) and Jené Ray (née Burch), nephew Mark Mahan, as well as cousins, sons-in-law, sisters-in-law, and brothers-in-law. Born August 25, 1940, to John Barney Burch, Jr. and Mary Evelyn Lanehart Burch, Rosemary spent her childhood in Jacksonville, Florida before moving to Tucson, Arizona at age seven. She graduated Class of ‘59 from Amphi High School and studied Home Economics at the University of Arizona. During her adolescent years, Rosemary’s faith was shaped by the teaching of Dr. Beal at First Baptist Church in Tucson. On December 23rd, 1962, Rosemary was married to Captain John Frank Miko of the United States Air Force. Together they had Jason Miko and Josette Miko-Kehl before John passed away from cancer on January 14, 1971. On June 1st, 1974, Rosemary was wedded to Albert Lee Guidero, with whom she shared Erin Guidero-Martens. Rosemary and Albert were married for 48 years. Together they owned their own businesses and worked as realtors from 1993 to 2007. Rosemary was a doting wife, mother, and grandmother, and loved to spend time with her family. She was an excellent homemaker, cook, and baker, and her cinnamon bread was a treat cherished by all who tried it. She was fond of traditional hymns and old movies, and during Christmastime the classic music of Bing Crosby, and Handel’s Messiah, could be heard coming from their home. When spending time with her grandchildren, Grandma Rose loved telling the stories of old treasures found around their home or going antiquing to find special treasures. Rosemary and Albert had a charming garden in their backyard, and the roses they kept gave off her favorite scent. She leaves behind many well-loved traditions, such as meat and cheese fondue at Christmastime, and nostalgic recipes such as Danish Aebleskivers. A devoted servant to the Lord, Rosemary constantly exhibited a steadfast and simple faith. She built her life on the assurance that God is sovereign and that He loves us. She was a student of His teaching and could regularly be found reading her Bible or Kenneth Taylor’s Words of Wisdom which is the Book of Psalms and Proverbs. In the raising of her children, Rosemary embodied Proverbs 22:6: “Train up a child in the way he should go, and when he is old, he will not depart from it.” She was a witness of the Lord to her grandchildren as well, and desired for them to understand the depth of His love. Her life was a testimony to the faithfulness of our God, and her remembrance is a firm example of the rest that can be found in the knowledge of His Lordship. John 16:33 “These things I have spoken to you, that in Me you may have peace. In the world you will have tribulation; but be of good cheer, I have overcome the world.” In the last decade, Rosemary and Albert faithfully attended El Camino Baptist Church. A celebration of Rosemary’s life, honoring and remembering her, will be held on Saturday, October 1, at 1:00 pm at El Camino Baptist Church, 7777 E. Speedway, Tucson, Arizona, 85710. Donations in Rosemary’s honor can be made to Hands of Hope Tucson, www.handsofhopetucson.com For questions about the celebration of her life at El Camino Baptist Church on October 1, please feel free to reach out to Jason Miko at janos@earthlink.net
See more See Less

In Memory Of Rosemary Esther Guidero