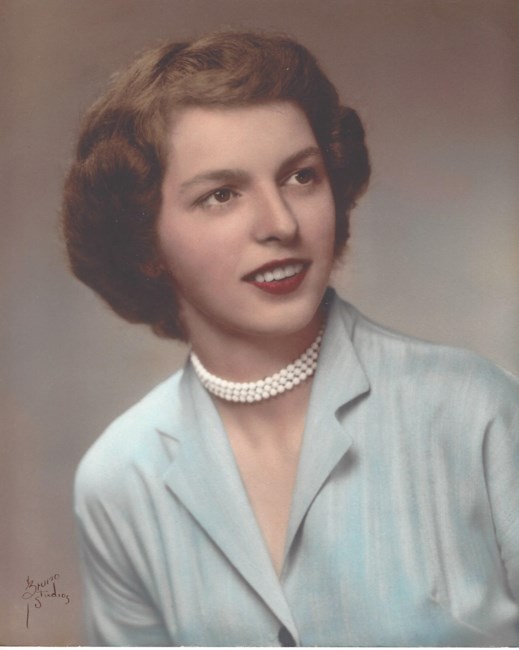 Diane Joye Tompkins Hutchinson Sampson was born on July 20, 1934, in Seattle, Washington, to parents Mary Evalena Forgey Tompkins and Kenneth Tompkins. She died on November 30, 2018, at the age of 84 in Olympia, Washington. She lived in Seattle until her parents divorced, and her mother took her to live in Los Angeles. In 1948, after her mother remarried, the family lived in Vancouver, Washington. She graduated from Fort Vancouver High School in Vancouver in 1952, then attended Clark College where she met David Hutchinson. While at Clark College, Mom was the editor of the college’s annual, the Galopagon. After graduating in 1954, Mom and Dad were united in marriage in August in Vancouver, Washington. Our parents moved to Corvallis so that Dave could get his degree at Oregon State University. The couple moved to Portland in 1956 so that Dave could start his career at US Bank. Their first child, Karen, was born in 1957, followed by Joyce in 1958, and Sally in 1960. The family moved to Hermiston, where son Mike was born in 1962. Dad transferred to Baker, Oregon US Bank. They lived there until the latter part of 1969 when Dad was transferred back to Hermiston. Mom and Dad divorced. She married Marv Sampson in March of 1985 in Vancouver, Wash. They lived in Vancouver for a time and then moved to Olympia, Washington for Marv’s job, where they have lived ever since. Mom was a member of Beta Sigma Phi and the Bloomer Girls Garden Club – she was president of the garden club from 1974-1976. She was a 4H leader and was so patient She was an avid reader, who passed on her love of reading to her children. Mom’s favorite holiday was Christmas. The house would be decorated to the hilt each year. She would make fudge, divinity, Spritz cookies and all kinds of other goodies. She made Christmas so special for us kids. In her later years, Mom embraced the computer and was part of two different online book clubs and enjoyed meeting some of the local fans. She was a kind and caring person who touched the lives of everyone who met her. She is survived by her husband, Marv, her daughters Karen Hutchinson-Talaski (Michael) Hermiston; Joyce Henry, Umatilla; Sally Huber Pasco, Wash.; and son Michael Hutchinson, Pendleton; her cousins Pamela Forgey, Seattle and Melissa Walter, New York, her grandchildren Charlie Brown, Ridgefield, Wash.; Sara Massey, Albany; Kristen Robinson, Canby; Paige Silva, Grants Pass; great-grandchildren Laurelle, Charlotte, Brody, Kaden, and Peyton; her dog Ginger and former husband Dave Hutchinson. She was preceded in death by her mother, her father and her stepfather. Disposition was by cremation, and a private family service will be held on Dec. 8, 2019. Mills and Mills Funeral Home in Tumwater, Wash. is in charge of the arrangements. Donations to the American Heart Association are appreciated.
See more See Less

In Memory Of Diane Joye Sampson