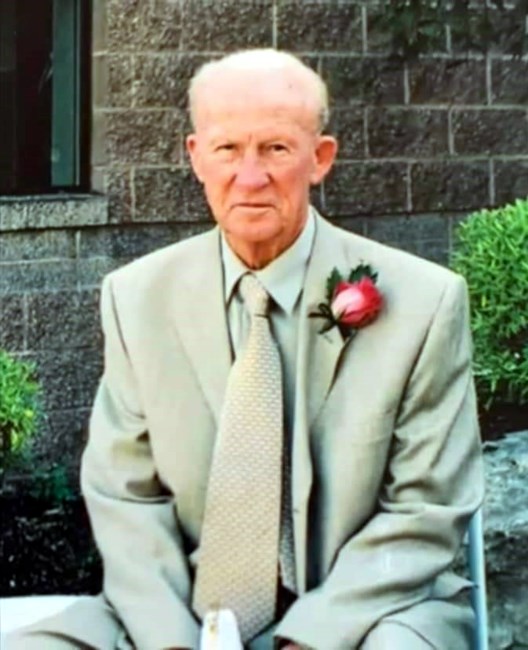 Red Cronk was born on December 2, 1922, in Iowa City, Iowa, and adopted before his first birthday by Alma and Harry Cronk. He passed away in Lacey, Washington, on September 9, 2022. He grew up in Estherville, Iowa, and was active in track. When the family moved to Ringsted, Iowa, he remained an active runner. He graduated from Ringsted High School in 1941. On December 2, 1942, his 20th birthday, Red joined the Marine Corps and was selected to be a Marine Raider, 3rd Battalion, South Pacific Theatre, WWII. The Raiders were the Marine Corps’ “special forces” of WWII. In November 1943 he was wounded during combat on Bougainville, an island in the Solomon Islands chain. He received the Purple Heart medal. He married Beverly Lamb, on May 27, 1944. That wartime union produced a daughter in June 1945; the marriage ended in early 1946. He was a letter carrier for 28 years and was a popular Tacoma bowler in the local leagues for many years. He married the love of his life, Shirley Ackelson, on September 17, 1966, and moved to Lacey, Washington. After retirement, he and Shirley became square dancers, taking them to Arizona where they later became permanent residents. Together or with friends, they RV’d and traveled to many countries for over 30 years. Survivors include his wife; daughter Carole (Ron) Wahlers; stepsons Steven (Danise) Ackelson, David Ackelson (Patricia Mathews), and Larry (Linda) Ackelson; 8 granddaughters that he loved being grandpa to; and 11 sweet great-grandchildren. Red requested no services. Inurnment has taken place at Odd Fellows Cemetery in Tumwater. Remembrances can be sent to the Marine Raider Museum, Quantico, Virginia; Seattle Children’s Hospital; Doernbecher Children’s Hospital, Portland Oregon.
See more See Less

In Memory Of Milton Donald Cronk