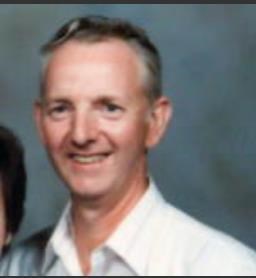 Wesley Lewis McClaflin passed away peacefully from his battle with cancer on January 18, 2022 joining his parents Ivan McClaflin and Esther McIntyre McClaflin along with his siblings Ronald McClaflin, Peggy Carlson, and Gloria McClaflin. He was born in Olympia, Washington on June 25, 1937 and raise in the Thurston County area. At 18 he went to work for General Metalcraft and when they moved to California, he went to work at Lacey Plywood Company. After that, he went to work for the Tumwater School District as a custodian retiring in 2012. He quickly became bored and could often be seen walking along some road in Thurston County with his white Stetson, picking up all the junk alongside of the road. He loved his family very much and is survived by his wife of 61 years, Sandra, and their 4 children; Wayne Lewis McClaflin of Tumwater, David John McClaflin (Shawna) Roy, Pamela Ann Lofgren of Tumwater, and Kimberly Irene Ramstad (Robert) of Centralia. He is also survived by his 21 grandchildren and at last count his his 26 great grandchildren. He loved his Heavenly Father and son Jesus Christ and was an active member of the Church of Jesus Christ of Latter Day Saints Tumwater 1st ward. There will be a Graveside Service held on February 5, 2022 at 12:00 p.m. at Mills and Mills Memorial Park followed by a remembrance and luncheon in the Church of Jesus Christ of Latter Day Saints gym on Overhulse Rd.
See more See Less

In Memory Of Wesley Lewis McClaflin