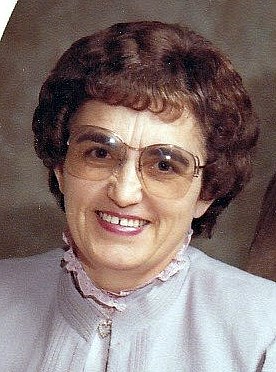 April 18, 1935 – May 22, 2017 Eduardina Silveira passed into the arms of our Lord on the morning of May 22, 2017, ending a brave fight with cancer. Eduardina was born in Cedros, Faial, Azores to Jose and Aida Zorra. She was the second oldest of 8 children. They all worked very hard and were an extraordinarily close family. Her brothers and sisters were constantly by her side and kept in touch with daily phone calls while she was ill. They were all a constant source of faith, comfort, and love which meant the world to her and her children. Eduardina was a dairywoman, wife, mother, grandmother, great-grandmother, sister, godmother, and friend. She devoted every minute to those she loved and gave them her all. She was a kind, giving, and generous woman. Eduardina and the love of her life, Frank, were married for 58 years, until his death just last May. The Capelinhos volcano erupted on their island in 1959 and they were given the opportunity to immigrate to the United States. They settled first in Los Banos, where their daughter Linda was born, followed by their son Frank just two years later. Eduardina worked in an onion packing shed for a short time, but spent the majority of her life working hard alongside her husband on the dairy. The young couple started their own dairy in 1962 on a rented facility in Hilmar. In 1970, they bought their first piece of land and built the family’s current grade A dairy facility. In addition to feeding calves and cows, Eduardina also cooked meals, did the books, and kept a fine garden of fruits and vegetables for the family. She enjoyed sharing her produce and often helped her friends start their own gardens. She was also known for her sponge cakes, which usually fetched a pretty price at auctions for parish fundraisers. She also enjoyed a lively game of Sweca. Friends often came to the house to play and she loved going to card parties. She loved to fish and often drove to the wharf in Monterey to fish off the pier. Eduardina was a member of the Holy Rosary Catholic Church,YLI Holy Rosary St. Patrick of Hilmar, the P.F. S. A. Council 26 Stevinson, Hilmar, Turlock, and the OLF Society, Member C.P.I.D.E.S. of Hilmar . She also supported many catholic charities as well as the New Bethany in Los Banos. Her son, Frank Z. Silveira of Hilmar, and her daughter Linda (Franklin) Silva of Los Banos survive Eduardina. She is also survived by her grandchildren: Frankie Silveira, Noel Silveira, Kevin Silveira, Bernadette Silveira, Franklin Silva Jr., Antoinette (Toni) Silva, and her great-grandchildren: Kevin John (KJ), Kayley, and Case. She is also survived by her siblings: Izilda Zorra, Manuel (Maria de Conceicao) Zorra, Joe (Judite) Zorra, Conceicao (Antonio) Dutra, Terezinha (Bernadino) Santos, Frank (Carmen) Zorra, and Ida (Manuel) Silva as well as many nieces, nephews, and in-laws. The family would like to thank their caregivers throughout the difficult years that both of their parents were ill. Lucy, Manuela, Mary Lou, Anna, Joanne, and Sarah: there are no words to express the sincere gratitude that we feel for all of your dedication, hard work, and care in helping us take care of our parents. To friends and family, too many to mention by name: thank you for your kind words, expressions of sympathy, and offers of help. We feel truly blessed. A visitation will be held Tuesday, May 30 from 2-5 P.M. at Whitehurst-Norton-Dias Funeral Service. Recitation of the Rosary will be held at Holy Rosary Catholic Church in Hilmar at 7 P.M. The funeral will be held at 10 AM on Wednesday, May 31 at Holy Rosary Catholic Church in Hilmar. Arrangements under the direction of Whitehurst-Norton-Dias Funeral Service (FD504), Turlock, CA.
See more See Less

In Memory Of Eduardina Silveira