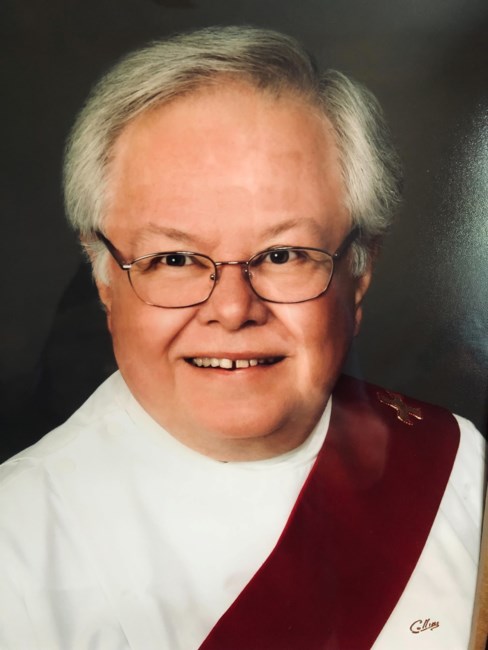 Rev. Dr. Roland Peter Ficken, 86, passed away peacefully in his home in Tuscaloosa, AL, on August 2, 2022. Roland Ficken was born July 25, 1936, in Marshall, OK, to Peter Fredrick Ficken and Clara Meta (Schaefer) Ficken. Raised on a farm in the small town of Marshall, OK, Roland attended Marshall High School, and it was there that he met the love of his life, Virgene Shore. They were married on August 18, 1957. In 1969 Roland, Virgene, and their two sons, Mark and Eric, moved to Lexington, KY, where Roland earned his M.A. in sociology and his Ph.D. in medical sociology from the University of Kentucky. In 1974, Roland and his family traded in their Kentucky Blue for Crimson and White when they moved to Tuscaloosa, AL, where Roland began his career at the University of Alabama and the College of Community Health Sciences (CCHS). Roland became Dean of CCHS and Associate Dean of the University of Alabama School of Medicine in 1991 and remained in that position until his retirement in 1996. His contributions were integral to the growth and success of the college and its mission to improve and promote the health of individuals and communities in Alabama and the Southeast. A member of Canterbury Chapel Episcopal Church, Roland was not done serving others, and in 2002, his pursuit of a long-time calling was realized when he was ordained as a Deacon in the Episcopal Church. While at Canterbury, Roland and Virgene started Deacon’s Deli, a ministry that, to this day, continues to provide groceries to families in need. Rev. Dr. Roland Ficken…Husband, Dad, Grandpa, Son, Brother, Friend, Educator, and Servant Leader. When he asked you how you were, he cared deeply about your answer. When things weren’t going well, he was always there with a helping hand and a kind word. We will miss you dearly. Rev. Dr. Ficken was preceded in death by his sister Velma A. (Ficken) Mason. Rev. Dr. Ficken is survived by his wife of almost 65 years, Virgene Muriel Ficken, and his two sons, Mark Andrew Ficken of Tuscaloosa, AL, Eric Timothy Ficken and wife Sheila Tynan Ficken of Woodstock, GA He loved dearly his two BAMA grandsons, Timothy Michael Ficken of Chicago, IL, and Matthew Allen Ficken of Charlotte, NC He is also survived by his brother Vernon J. Ficken and wife Sherry A. Ficken of Edmond, OK. Memorial Service will be held on Friday, August 19, 2022, beginning at 11:00 am at Canterbury Chapel Episcopal Church, 812 Fifth Ave, Tuscaloosa, Al 35401. In Lieu of flowers, please consider donating to the Deacon’s Deli at Canterbury Chapel Episcopal Church. Checks can be made out to: Canterbury Chapel Episcopal Church, for Deacon’s Deli/Roland 812 Fifth Ave Tuscaloosa, AL 35401
See more See Less