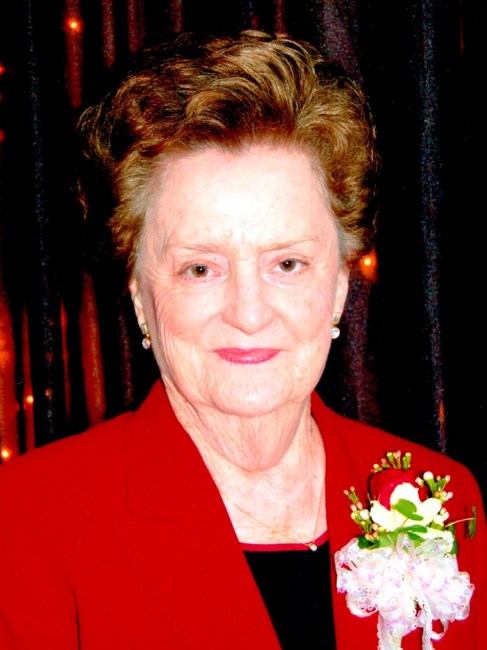 TUSCALOOSA – Willie Belle Farmer, age 90, passed away January 19, 2023 at Hospice of West Alabama. Services will be 2 p.m. Monday, January 23, 2023 at Memory Chapel Funeral Home with Minister Wayne Duren of East Pointe Church of Christ officiating. Burial will follow in Memory Hill Gardens. The family will receive friends one hour prior to services at the funeral home. Mrs. Farmer was preceded in death by her husband of 64 years, R. Douglas Farmer; parents, Haywood and Mattie Smith Meggs; four brothers and three sisters. She is survived by her sons, Steven M. Farmer (Cathy) and R. Alan Farmer (Teri); grandchildren, R. Matthew Farmer (Holly), R. Justin Farmer (Lacey), and Clinton M. Farmer; and great-grandchildren, Brad Farmer and Blake Farmer. Born to James Haywood and Mattie Dell Smith Meggs of Power Switch, Alabama April 9th 1932, she lived a long and full life of 90 years and will be sorely missed and forever remembered, loved and respected. The world will never be the same and we are blessed to have had her for a mother, friend, sister and consultant. She was a true blessing to those close to her that knew her wit along with her keen sense of humor that made her a joy to be around. She was also a member of the Alabama Farm Bureau Federation and it is evident by the pictures of her participating in various events and many travels to places like Seattle, Washington DC and many other locations. She did a lot of sewing and was quite a seamstress making many complex outfits from raw material for many in the community. On January 22nd 1952 she was buried with the Lord in baptism by Brother Paul M. Tucker in Tuscaloosa. She also starred in a play involving her dressing up like a cow in full uniform (and she presented herself as udderly outstanding in her field). Pallbearers will be Matt Farmer, Justin Farmer, Clint Farmer, Blake Farmer, Brad Farmer, John Hutchins, John McCulley, Glenn Smith, and Frankie Butler. Honorary pallbearers are employees and friends of Moundville Nursing Home which includes Mrs Farmer’s “girls”; Mary Ann, Pam, Christine, Dorothy, Lucy, Michelle, and Holly, employees of Hospice of West Alabama, Mary Ann Bullock and patrons of Bear Creek Park, along with friends and employees of the Waysider Restaurant. In lieu of flowers donation may be made to Hospice of West Alabama or any biblical worthwhile cause.
See more See Less

In Memory Of Willie Belle Farmer