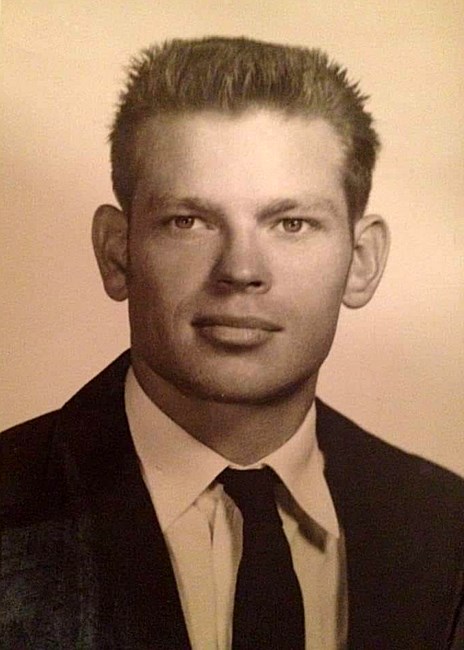 Ernest "Ernie" Clayton Chastain, age 83, of Texas passed away on Sunday, January 15, 2023. Ernie was born in Pelly, TX, the son of Jackie Valene Tyler and Earnest Jackson Chastain. He married Carole Ann Lawless on October 12, 1957 in Baytown, Texas and is preceded by her in death after 57 years of marriage. Mr. Chastain entered the military in 1957 and retired after 23 years of service. He was a graduate of the first Army class for Physician's Assistants and after his retirement from the Army, he went on to earn his Master's Degree from Stephen F. Austin. He was then a Director for MHMR before moving to Huntsville, TX and working for TDCJ/UTMB until his retirement. He was a loyal and devoted husband, a wonderful father, grandfather, and great-grandfather. He was a friend to anyone who needed one and a generous soul. He was, by God, a soldier. He is survived by his daughter, Lee Chastain and husband, Ronald Graham; daughter in law, Bonnie Avonrude; three grandchildren and their spouses, Amy and Cody Buchanan, Ashley Chastain and Ashley Touchette, and Christopher and Nina Chastain; five great grandchildren, Clayton Chastain, and Kimberly, Connor and Dylan Buchanan, and Anderson Chastain; his sisters and their spouses, Betty (Chastain) Bull, Earnestine Chastain, Janet and Jimmy Baugh, Lyn and Wayne Sandlin, and many nieces and nephews. He will also be missed by his many friends among the residents and staff at Watkins-Logan VA Home. Mr. Chastain was preceded in death by his wife, Carole Lawless Chastain; son, Benjamin Chastain; daughter, Cheryl Chastain White; his mother and step-father, Jackie and Jack Burns; his father and step-mother, Jack and June Chastain; and his brother, Danny Burns. At his request, and the family's, there will be no memorial service. Mr. Chastain will be interred at Tyler Memorial Park in Tyler, TX. In lieu of flowers, your donation to his favorite charity, in his memory, to Saint Jude's Children's Hospital would be appreciated. Fond memories and expressions of sympathy may be shared at www.tylermemorial.com for the Chastain family.
See more See Less