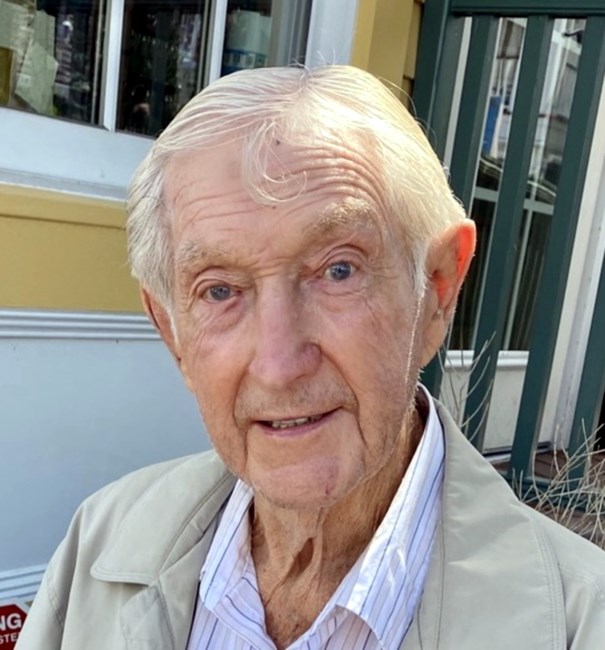 John F. Raymond of Union, New Jersey passed peacefully with his loving family by his side on Saturday January 22, 2022. John was born on January 26, 1930 to the late Frank and Antonnia Raymond in Sagamore, Pa. He was the youngest of four siblings, Mary, Helen, Violet and Joseph (Joe). John graduated from Shannock Valley High School in 1949 and worked briefly with his father, Frank in the coal mines before he enlisted in the service. After serving his country, he moved to New Jersey to work with his brother Joe. This move lead to him meeting the love of his life, Rita Barycki of Taylor Pa. They were married on June 20, 1959 and resided in Union, New Jersey where they were happily married for 52 years until Rita’s passing in 2011. John and Rita raised 3 children, John, Jeff and Arlene. He loved to talk and share his life experiences with his family, and would always provide a word “or two” of advice that earned him the nickname “Father John”. John had an extremely strong work ethic paired with the importance of always showing respect and keeping the family close. He consistently taught these values through the way he lived his life, and always showed perseverance by using his creative mind to provide for his family. He exemplified that no adversity is insurmountable as long as we stick together! He lived by the golden rule of always show respect by saying “Good Morning”! John was a pillar in the neighborhood where he prided himself on having the “Best Lawn” and the “Brightest Christmas Decorations” on Roosevelt Avenue. John enlisted each of his children to help build his Outdoor Christmas displays that included cables from one dormer to another to have Santa and his reindeer appear flying over the roof of the house, and building a stable on the front lawn for an illuminated nativity. John’s country roots showed through his love of animals that he also shared with his family and friends. He skillfully built a rabbit hutch in the back yard that housed 3 rabbits for each of his children. This project unexpectedly lead to several more bunnies that sent John back to the lumber yard… LOL In addition to John and Rita’s love for animals including 4 poodles (Pierre, Sparky, Brandy and Skippy), they enjoyed travel that lead to several wonderful destinations including Hawaii and Alaska. Their personal favorite, Cancun Mexico was where they invested in a wonderful timeshare, and graciously entertained many family and friends over the years, and also celebrated a surprise 50th Wedding Vow Renewal Ceremony beachside hosted by their 3 children. John’s strong work ethic earned him a lifelong career at Lawrence Construction Company/ Fishbein Family Partnership. He enjoyed working as a heavy equipment operator and eventually worked with his daughter, Arlene in managing and maintaining the properties. He also took his two sons under his wing to show them the ropes to ensure all of his children understood the value a hard days’ work. In his retirement, John embraced the role of being called “Grandpa” and “Papa” by attending a wonderful mix of music and dance recitals, scouting events, softball, soccer, and football games. With his personal favorite activities being: “How to cut the grass”, “Rake leaves”, and “Snow removal”. John is predeceased by his wife, Rita Barycki-Raymond; parents, Frank J. Raymond and Antonnia Guizdak-Raymond, siblings Mary, Helen, Violet and Joseph Raymond; and Nephew, Joseph G. Raymond. John is survived by Son, John Vincent Raymond; Son, Jeffrey Michael Raymond; Daughter-In-law, Eva; Grandaughters, Juliana and Olivia; Daughter, Arlene Marie Raymond-Kakkalis and her Fiancé, Chris Donadio; Grandson’s, Christopher and Andrew; Sister-In-Law Diane Symuleski and companion, David P. Adomiak; Godsons, Peter Vincent Symuleski and Tommy Zosche; Niece, Donna Raymond-Struble and Nephew, Richard Raymond. Great Nephews, Joe Raymond, Tim Michael Raymond, and Jason Struble; Cousin, Dan Guizdak, several other Nieces, Nephews, Cousins, and a lifetime of neighbors and friends who became part of the extended Raymond Family. A visitation will be held at McCracken Funeral Home, 1500 Morris Avenue from 4-8 pm on Wednesday January 26, 2022. A funeral Liturgy will be held at Holy Spirit Roman Catholic Church on Thursday, January 27, 2022 at 11:30 am. A Committal Service will follow at Hollywood Memorial Park, Union. In lieu of flowers contributions may be made in John F Raymond's memory to: https://www.stjude.org/ Or https://www.cycleforsurvival.org/donate Fond memories and expressions of sympathy may be shared at www.McCrackenFuneralHome.com for the Raymond family.
See more See Less

In Memory Of John Frank Raymond