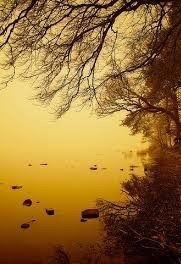 Kenneth Joe Johnston, 73, of Van Buren, passed away Friday, August 5, 2022 in Fort Smith. He was born October 7, 1948 in Little Rock to the late Ernie and Arlena Johnston. He was a retired Sergeant and Fireman in Heber Springs. In addition to his parents, he was preceded in death by a brother, Max Johnston. He is survived by his wife, Teresa Johnston of the home; two daughters, Angela Johnston Smith of Damascus, AR, Marilyn Henson and her husband Shendon of Mulberry; a son, Timothy Johnston of Little Rock; two sisters, Martha Johnston and Joann Johnston, both of Quitman, AR; a brother, Gene Johnston of Heber Springs; and three grandchildren, Chelsa Henson, Kensi Smith and Griffin Smith. Cremation is under the direction of Edwards Van-Alma Funeral Home of Van Buren, AR.
See more See Less

In Memory Of Kenneth Joe Johnston