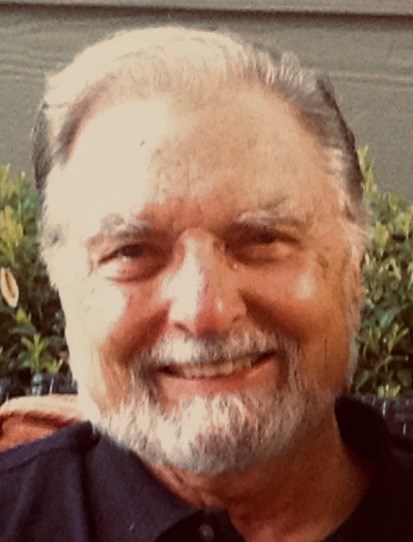 Alexander (Sam) Herbert Stevenson Born in Winnipeg, MB November 14, 1933 gently passed on May 3, 2020 with his loved ones at his side. Predeceased by his mother (Sylvia), father (Alexander), brother (Robert), nephew (Rob) and mother of his children Joan Berry. Survived by his children David (Pam), Ken, Len and Denise; and his former wife, Jean Donnachie; his granddaughters Mikaela, Courtney, Samantha and Danika. Nieces and nephews, Cliff, Sylvia (Dan), Mike (Shelly) and Angela and many more cousins, nieces and nephews. With his father serving overseas during the Second World War he spent his childhood between Vancouver College and St. Louis College in Victoria. He and his brother Bob grew up fast becoming the men of the house. He kept in touch with his college chums throughout his life. His working career started as a logging surveyor on Vancouver Island and as a cook on a fishing boat. In 1952 he joined the RCAF and became a Military Policeman. After employment on varied unit duties at Stations in Goose Bay, Labrador; Sea Island and Holberg, British Columbia and Lars, Germany. On returning to Canada in 1959, he had a brief tour at St Jean, Quebec, Aylmer and Camp Bordon, Ontario. In 1964 he was posted to Comox, BC, during this period he graduated from the Canadian Police College at RCMP Depot Division, Regina, Saskatchewan. He rose through the ranks holding many senior staff positions in LaMacaza, Que, Ottawa, Ont, Winnipeg, MB and Trenton, Ont. He was promoted to Colonel in 1985 and appointed Director of Security and Security Branch Advisor. In 1986 on elevation of the Directorate to a Division where he remained as Director General in Ottawa until his retirement in 1988. He was truly admired by his colleagues whom most became great friends. During retirement he remained active on the executive of the Canadian Intelligence and Security Association as the Pacific Region Representative. He was also appointed an Honorary Member of the Canadian Provost Corp Association. Sam was a true family man and gentleman who loved and adored his family and friends. He had a quick dry humour that would leave you laughing until it hurt. He had a passion for Dixieland and Jazz and became President and lifetime member of Vancouver Dixie Land Jazz Society. He said it was the beat of the music that followed him. No words can explain the depths of this man, he will be forever missed. A celebration of life to follow at a later date. In lieu of flowers please send any donations to the Heart and Stroke Foundation BC and/ or Cancer Society in memory of Alexander (Sam) Stevenson. -------------------------------------------------------------------------------------------------------------------------------------------- To leave an online condolence for the family, please visit our website at www.dignitymemorial.com
See more See Less