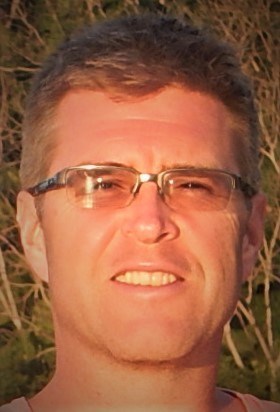 Michael James Collins With deep sadness we announce that wonderful Mike (and “MC” to many of his friends) has died after a short and courageous battle with cancer. His time with us was much too short. He was a wonderful husband, brother, son, uncle, brother-in-law and friend to all. His humour, kindness, generosity and love will be missed by his wife Hilary, his sister Mary Ellen (Ryan), nephews and nieces Connor, Cody, Emma, Sarah, Evert, Austin, Fiona and Tabitha, sisters-in-law Lesley, Claire and Joanie, brothers-in-law Moray, Evert and Rod, cousins Doug, Michael, Rob, Pam, Dan, Glynnis, Danette and Janine, and his second family, the Teathers. He is pre-deceased by his father, George and his mother, June who adored him and to whom he was a devoted son. Mike was born in Vancouver and grew up first on the shore in Ambleside, West Vancouver and then, briefly, in Dundarave before moving to Vancouver. He had an idyllic childhood spent on and by the water—sailing, fishing and beachcombing—and playing with his sister and cousins. He attended Vancouver College, and then enjoyed life as a university undergrad furthering his education in several fields of interest. Mike was a hard and dedicated worker, always giving his very best to any job or task, but he really blossomed when he found his calling in the auction business, a career launched when he joined Jarvis Auctions in 1988. Over the years he learned every aspect of the auction and liquidation business and became a topnotch auctioneer. When it was time for a new direction, he took his skills developed as an appraiser and built a successful equipment appraisal business which he grew with steadfast dedication to his clients for 21 years. When he wasn’t hard at work, Mike would partake in the following passions and pursuits: fishing, boating, golfing and softball (all made better by a cold beer); smoking fine cigars and sipping single malt whisky; watching and following sports of all kinds, especially hockey; listening to music (sorry neighbours) and throwing and attending parties (he was a fantastic host and guest); but most of all he just loved enjoying the company of family and friends. The family wishes to thank the kind and dedicated team in the palliative care unit at VGH for their support and for helping Mike to pass in comfort and at peace. Mike, you were the kindest, funniest, most loyal and most loving person in the world. Simply irreplaceable. You have brought joy into countless lives, and you will be missed by all who knew you. Messages of condolence can be written at MountPleasantFuneral.com
See more See Less

In Memory Of Michael James Collins