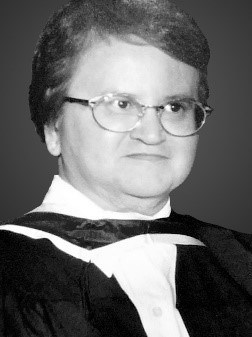 We advise of the passing of Teressa Anne Nahanee. Teressa passed away surrounded by love of family on January 17, 2022, at Royal Inland Hospital in Kamloops, BC. She was born to her late parents Lorne and Eva Nahanee on Jan. 23, 1946, in Vancouver, BC. Teressa grew up on Mission IR No. 1 in North Vancouver and attended St. Paul’s Indian Residential School, Day School, and St. Thomas Aquinas Secondary School. She received Bachelor of Arts Degrees in Anthropology (Notre Dame University College), Education (University of BC), English & Law (University of Ottawa); and Masters in Law (Queens University, Kingston, ON). As many of her relatives she grew up picking berries in Washington State and working in canneries. Following her education she worked for the Government of Canada in Corrections, Indian Affairs, Parliamentary Assistant to Minister Crosby. Teressa was intricately involved in Bill C-31 which corrected injustices of the Indian Act discriminating against aboriginal women. She worked hard and travelled for work and pleasure. Teressa enjoyed Las Vegas, playing poker, watching the Washington Redskins and was an avid reader. She loved her children and was the ultimate Aunty. She will best be remembered for teaching and inspiring all to explore their hearts desires. Teressa is survived by and will be deeply missed by her best friend and partner in crime Sharon; children A.M. Jaime, A. Jordana(Bill), Payikeesik (Madison), C. Jacob (Deneen), Tara(David), Seema, Terry, Dev; grandchildren Dallas, Dakota, Nkikaxni, Christopher, Jason, Charlotte, Greyson; great grandchildren Hunter, Carson; siblings Barbara, Lorne, Jason (Joanne), Rosetta, Rennie (Emma), Iris (Rick), Maurice (Dehlia) and many loving relatives and dear friends. A prayers service will be held at 7pm on Jan 25, and a funeral service will be held at 10am on Jan 26, at Chief Joe Mathias Centre and will be available for viewing at www.funeraweb.tv . Online condolences can be found at www.dignitymemorial.com
See more See Less

In Memory Of Teressa Anne Nahanee