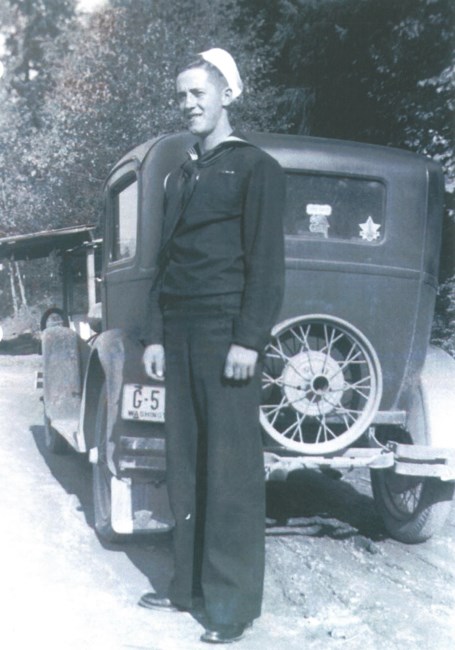 US Navy Musician 2nd Class Francis E. "Ham" Dick, killed December 7, 1941 during the attack on Pearl Harbor was accounted for on September 5, 2018. Funeral Services will be held 10:00 AM Wednesday, February 13, 2019 at the Vancouver Funeral Chapel, 110 East 12th Street, Vancouver WA. Francis Dick's final resting place will be in Vancouver Barracks Cemetery following chapel services. He was 20 years of age at the time of his death as a crewmember assigned to the USS Oklahoma. Dick was assigned to the battleship USS Oklahoma, which was moored at Ford Island, Pearl Harbor, when the ship was attacked by Japanese aircraft. The USS Oklahoma sustained multiple torpedo hits, which caused it to quickly capsize. The attack on the ship resulted in the deaths of 429 crewmen. MUS2C Dick was among 394 previously unidentifiable Sailors and Marines whose remains were interred in mass graves at Pearl Harbor, Hawaii. MUS2C Dick was the son of Charles Roscoe Dick and Lela G. Dick of Woodland, WA. He was born 5 February 1921 in Maywood, Frontier County, Nebraska. His family moved to Woodland during the Great Depression when Charles Dick was hired by the Woodland Police Department. He was a graduate of Woodland High School where his greatest passion was music. Deceased family members include his brother: John Franklin Dick and his sister: Mary Lou Jones. MUS2C Dick is survived by his youngest sister: Carole Green, 80, of Vancouver, Washington, cousin: Dorothy A. Fulbright of Longview, Washington, and several Grand Nieces and Nephews.
See more See Less