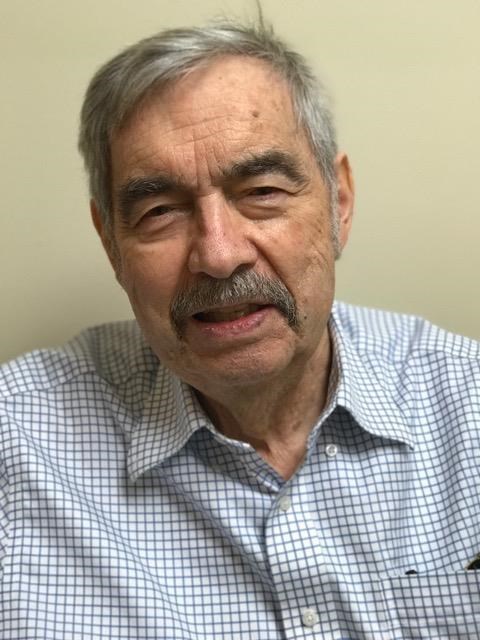 John M. Epley MD, a long time resident of the Portland-Vancouver area, passed away at the age of 89 on July 30, 2019. Born in 1930 in Eugene, Oregon to Mac and Jane Epley, John grew up in Klamath Falls where the entire family worked at the town’s Herald and News newspaper at one time or another. With his father eventually running the paper, he got a close up view of history and politics. A memory that stuck with him was seeing the reactions of people to front page news of the attack at Pearl Harbor as he delivered newspapers on Dec 8, 1941. He tagged along with his dad to presidential nominating conventions and other history-making events. John attended Klamath Union High School where he graduated third in his class in 1948. There he developed his life-long love of music, singing and playing both the coronet and piano. He arranged the music for the school’s fight song and was quarterback of his football team. A teammate who became a high school football coach said in 2007 that Epley was one of the “smartest and toughest players he had ever seen”. He loved the outdoors and spent about a decade working summers for the forest service. In high school, he built forest service roads and served as a tour guide at the Lava Beds National Monument in northern California, telling stories to tourists about the Indian Wars and Captain Jack. While attending UO Medical School, he spent summers living on a U.S. Forest Service lookout on Walker Mountain. John spotted fires, then jumped in his car and raced down miles of steep dirt roads with his firefighting gear to fight them. A forest ranger remarked in a job review “Johnny is a fine lad who will go far”. At the University of Oregon, John met the pretty Norma See and married her in 1954. He wrote for The Emerald newspaper and was active in a barbershop quartet. He composed and copyrighted “The Oregon Fight Song” that was often sung in tandem with “Mighty Oregon” for campus chorus events. John Attended UO Medical School where besides studying medicine, he continued to be involved in music with the Fourcep Four Barbershop Quartet and the Sigmoid Six Band. He graduated in 1957, followed by his internship in Coral Gables, Florida. Then he spent three years as a Captain heading the ENT Department at Vandenberg AFB and completed a residency at Stanford Medical School and a year of original research on the first multichannel cochlear implant. His daughters Cathy and Cynthia were born in 1958 and 1961. He returned to Portland in 1965 and worked in private practice, focusing on the ear (Neurotology) exclusively since 1972. The family settled into the Mt. Tabor area where they lived for more than 40 years. The Fourth of July parties at the Epley’s became a neighborhood event because of John’s handmade fireworks and hot air balloons. He would disappear with his daughters in the basement for several days, concocting a hot air balloon and a finale firework that grew taller every year. John was responsible for many innovative surgical techniques and considered one of the top innovators and surgeons in his field. Around 1979 he risked his career with his original Particle Theory for Benign Paroxysmal Positional Vertigo (BPPV), upending the accepted theory for a common and debilitating medical problem. He taught his colleagues how to recognize BPPV, and how to treat it without surgery. John Epley’s work helped doctors to treat patients they could not help before. And his work has helped tens of millions of patients around the world. John Kane MD, a medical school classmate, said John was known as “a beacon for many of us in medical school. He interacted personally with every patient he ever saw. Most doctors are mechanical, ‘see this-do that…and not insightful like John. He was a rare guy and a rare doctor.” For patients, John was their advocate when they came to him with their lives in shambles and everyone around them, even family, thought there was nothing physically wrong with them. When insurance companies and worker’s compensation claimed patients were crazy or malingering, not dizzy, he proved them wrong. His contribution to medicine is as much about a paradigm shift of taking the dizzy patient seriously as it is about his medical discoveries. He was the ultimate patient advocate and a man of unusual compassion. In 2009 at age 79, he retired after a severe stroke that left him unable to communicate as well as other severe disabilities. John leaves behind his daughter Cathy, brother Malcolm Epley and sister Alix Traver and their families as well as his brother-in-law Don See and sister-in-law Karan See and their families. His daughter Cynthia died in a car accident in 1981 and Norma passed away in December of 2017. Interment is private at Lincoln Memorial Cemetery. A memorial will be held on August 7 at 1:30 at the Multnomah Athletic Club. For more details go to www.vancouverfuneralchapel.net
See more See Less