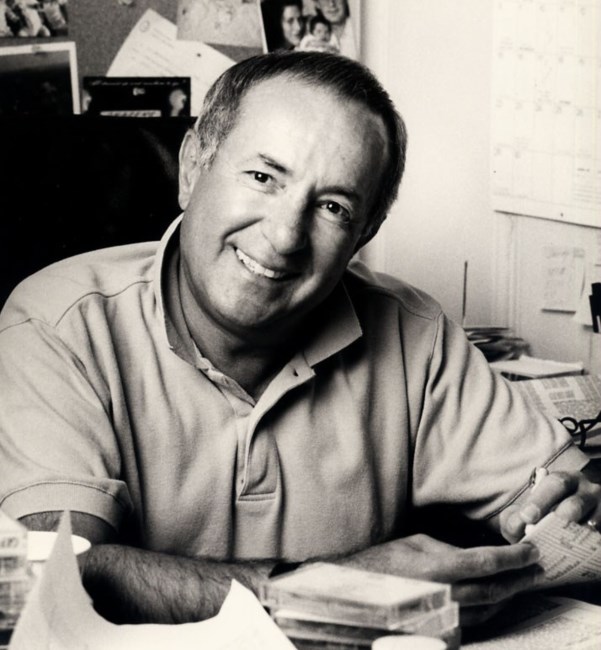 Albert Eli “Al” Coury, the record executive once dubbed as “the greatest promotion man of all time,” passed away at age 78 on Thursday, August 8 2013 in Thousand Oaks, California. The cause of death was complications from a stroke, according to his family. Coury, whose career spanned from the 1950’s to the 1990’s, helped develop the careers of legendary recording artists ranging from The Beatles, Nat King Cole and The Beach Boys to Pink Floyd, Glen Campbell, Bob Seger, Guns N’ Roses, Aerosmith, Don Henley, Cher, Linda Ronstadt, Eric Clapton and the Bee Gees. He was called the “Vince Lombardi of the record business” by one trade paper’s editor, and the record industry book “Hit Men” said of Coury, “There are those that believed Al Coury was the greatest promotion man of all time. In the glamorous world of music, Coury was known as a hard-working, plain-spoken leader who lived a relatively simple lifestyle and who spent his career singularly focused on selling records. A driven and inspirational executive, he was involved in every aspect of the business – from crafting marketing strategy to helping artists select singles. Time magazine called him, “The Man Who Sells the Sizzle.” A native of Worcester, Massachusetts, Coury joined Capitol Records in 1957 as a promotion man in New England. He rose quickly from working smaller markets to taking responsibility for Boston, and then to become Capitol’s vice-president of marketing, sales and promotion. It was there that Coury made important contributions to several solo Beatles releases, including Paul McCartney's 1973 “Band On The Run” album and John Lennon’s 1974 album “Walls and Bridges”, both of which reached the top of the charts and yielded No. 1 singles. Lennon famously invited Coury to “work his magic” promoting that album and it was Coury who chose the first single, “Whatever Gets You Thru The Night,” which became Lennon's first No.1 solo hit in the U.S., and the only one in his lifetime. Coury was also instrumental in the long-awaited release of Lennon's 1975 album Rock 'n' Roll, bartering with producer Phil Spector to retrieve the master tapes from their abandoned 1973 recording sessions. In 1974, Coury brought the Larry Weiss-penned song “Rhinestone Cowboy” to Glen Campbell and promised to make it a hit if Campbell recorded it. In 1975, the song became Campbell’s first No. 1 single. Coury left Capitol to become president and co-founder of RSO Records with entertainment entrepreneur Robert Stigwood. At RSO, Coury worked extensively with the Bee Gees, the label’s flagship group and drove the marketing for the “Saturday Night Fever” and “Grease” soundtrack albums, helping to make them among the bestselling albums of all-time. In 1980, Coury launched Network Records. That label’s successes included the “Flashdance” soundtrack which won a Grammy for “Best Original Score” in 1983, from which the song “What a Feeling” won an Oscar and Golden Globe for “Best Original Song” in 1984. In 1985, Network Records merged with Geffen Records and Coury became Geffen's general manager. At Geffen, Coury’s successes included albums by Guns N’ Roses, Aerosmith, Peter Gabriel and Don Henley. Coury retired from the record business in 1994. He served on the nominating committee of the Hit Parade Hall of Fame and was a devout follower of the Boston Red Sox baseball team. Mr. Coury is survived by his wife, the children's book author, Tina Nichols Coury; two children - his son, Albert Coury, Jr. and daughter, Kacy Coury Resch; his sister, Adele Hanna; and four grandchildren, Colt Coury Resch, Ethan Michael Coury, Justin Charles Coury and Marissa Kiley Coury. In lieu of flowers donations can be made to: Saint Michael’s Orthodox Church 16643 Vanowen Street Van Nuys, CA 91406. The funeral service for Mr. Coury will be held at 11:00 A.M. on Thursday, August 15, 2013, at the Ted Mayr Funeral Home with the Reverend Timothy Baclig officiating. The interment will immediately follow at Ivy Lawn Memorial Park, 5400 Valentine Road in Ventura. Arrangements are under the direction of the Ted Mayr Funeral Home, 3150 Loma Vista Rd., Ventura. Condolences may be left at TedMayrFuneralHome.com.
See more See Less

In Memory Of Albert Eli Coury