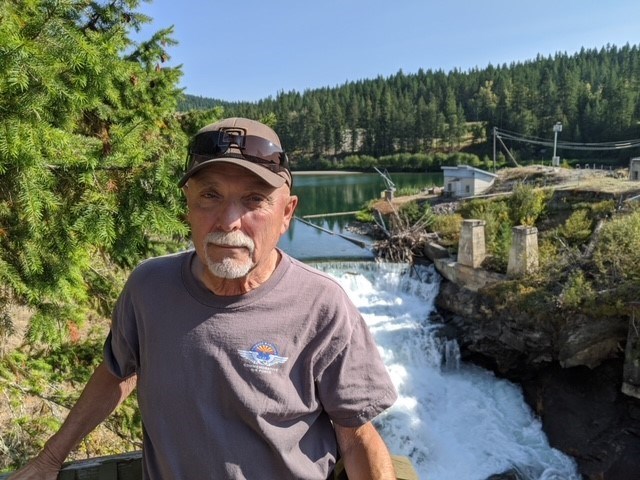 Donald (Don) Eric Hills was born in Moose Jaw, Saskatchewan on December 12, 1944 to his parents John (Jack) and Hilda Hills. He grew up there and began a lifelong career in sales, starting at Sears. He made many strong and lasting friendships there and was so happy to have reconnected with some of the friends over the past few years. Don married his first wife, Sharon, in 1965 and they moved to Thunder Bay, ON, where their first child, Patti, was born in 1968. They moved back to Moose Jaw shortly after to be closer to family and friends. They adopted their second daughter, Lisa, in 1971. After Don and Sharon parted ways, he fell in love with Deana Willsey and the two were married in 1978 in Kelowna. Together they had two wonderful children, Cara, born in 1977, and Cassidy, born in 1979. Don was a very proud father and was always involved in whatever his kids were doing. Don continued his career in sales with Hudson’s Bay Wholesale, Shaben International and most recently, CTG Brands, Inc. He worked many years with each company and was a very loyal employee. He was at CTG for the last 24 years and continued to work right up until his last days doing the job he loved. Don built many strong friendships with his customers and coworkers. He loved telling stories and his visits and phone calls would often last for hours. He never forgot a face or a name and became fast friends with strangers that he could tell were “good people”. He was generous beyond words and helped many people over the years. One of Don’s greatest experiences was travelling to Europe where he visited many battlefields where his Dad fought during WWI, as well as some of the concentration camps from WWII. He was passionate about history and felt so much compassion for those impacted by war. On a trip to Poland, he met a young girl named Iwonia who became like a daughter to him. Their special friendship brought him much joy. Those who knew Don were aware of his love for airplanes, cars and trains. He was an avid model railroader for many years of his life. He and his son, Cass, spent long hours just driving through the countryside together; those were some of his favourite moments. They also spent a lot of time together at the gun range with their good friends where they shared their passion for shooting and story telling. Don was immensely proud of his family and would brag about them to anyone willing to listen. He was never too busy to pick up the phone and talk for hours or to go for long coffee visits with friends. He has left a lasting impact on many people throughout his lifetime and he will be dearly missed by anyone who was lucky enough to call him a friend. Don was predeceased by his parents Jack and Hilda, his sister Jacqueline (Nancy) and his precious granddaughter Alyssa. He will be lovingly remembered by his children Patti, Lisa (Joe), Cara (Bob) and Cassidy as well as by his grandchildren whom he loved dearly: Alex, Kaitie, Lily, Eliza and Griffin. He will be missed by his cherished cat, Glock, his ex-wife, Deana, and many other extended family and dear friends. Don did not want a funeral service so we ask that you honour him in your own way and cherish the memories he left you with. If so desired, donations can be made to the BC SPCA (http://support.spca.ca/memorial), as Don loved animals (especially cats) almost as much as he loved people.
See more See Less

In Memory Of Donald Eric Hills