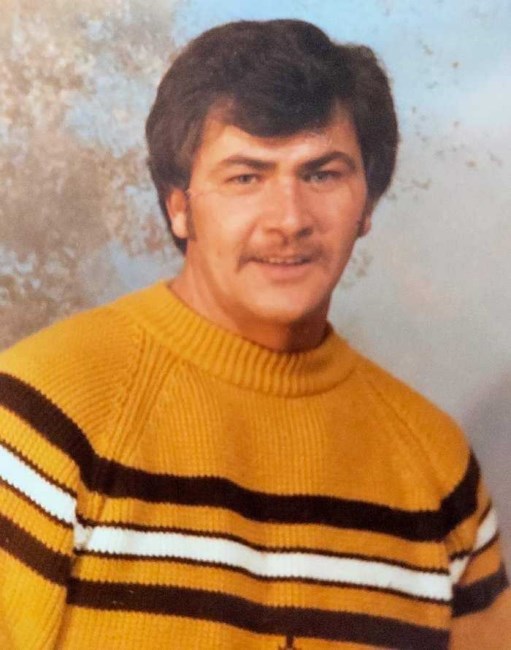 It is with heavy hearts we announce the passing of Francis “Dewey” Thompson on July 13, 2022 at the age of 75 years. He was born December 27, 1946 to Verna and Clarence Thompson in Regina, SK. He moved to Lumby at age 4 with his mom and his sister Linda. He leaves to mourn his wife Ann Marie “Cookie” of 54 years; his son Tony and his wife Mel; granddaughters Ciara and Carly; mother-in-law Margaret; and fur friends Bubbles, Remi, Sailor and Baker. Predeceased by his mum Verna; dad Clarence; step-dad Elseor; sisters Linda, Shirley and Evon; brother Wayne; brother-in-law Butch as well as father-in-law Bob Derry. He is also survived by his siblings Darryl, Ina, Leah, Mamie, Verna, Joe; sister-in-law Donna and brother-in-law Don Rosen; nieces and nephews Tracey (special friend), Linaya, Shandee, Archiee, Drew, Garet, Aaron, Ayla, Ricki, Joey, Tara, Devon, Tanya, Dexter, Jenny and Trenton as well as numerous extended family and friends. Dewey worked at Crown Zellerbach, DC Trucking, Leo’s Esso Service, Ohashi Brother’s Logging, Chaput Brothers Logging and NORD (Village of Lumby) as the Recreation Facilities Manager. He had spent hours volunteering at the fire hall where he was the Chief at one time. He also volunteered at the River Ridge Golf Course, and was instrumental in the construction of the Royals Stadium in Lumby as well as the Lumby Curling Club. Dewey was a minor league coach and a driving force in the coordination of Funtastics in Lumby. In lieu of flowers, donations in Dewey’s memory may be made to Canuck Place https://www.canuckplace.org/faqs/donors/. At Dewey’s request, there will be no service.
See more See Less

In Memory Of Francis "Dewey" Thompson