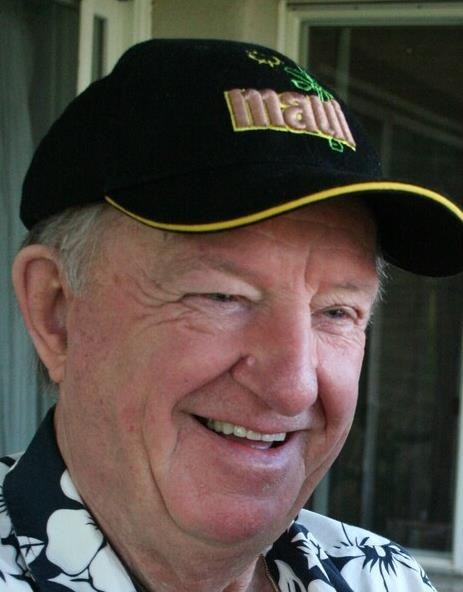 After living a long and fruitful life, at the age of 92 years old, Bryan passed away peacefully in the Saanich Peninsula Hospital on January 19, 2023. Bryan was born on June 19, 1930 in Winnipeg, Manitoba under the loving care of his parents, Montague and Gladys. Right from the start of his life, where he had to undergo emergency surgery in order to survive, Bryan has been a strong entity overcoming many physical obstacles in his path. He grew up in Winnipeg with his parents and brothers, Dave, Barry, and Derek along with his sister Peggy Ann who recently passed away. After meeting the love of his life, Phyllis, they moved to Vancouver for a short stint before moving to Calgary where they lived for most of their lives raising four wonderful boys, Norman, Garry, Brett, and Kent. Bryan owned and managed a successful insurance agency in Calgary which he grew from the ground up. He always made sure the whole family was fully engaged in life. In the 60's and 70's, the family would spend many days out at their cabin on Windermere Lake, B.C. enjoying numerous activities including boating, swimming, waterskiing, dirt biking, hiking, fishing, and downhill skiing in the winters. On the many family road trips throughout B.C. and the western United States, his ability to control four rowdy boys in a station wagon while keeping his cool listening to some of his favorite artists like John Denver or Simon and Garfunkel was truly remarkable! Bryan and Phyllis retired to North Saanich in 1998 where they have savored their love for each other while being close to their son Dr. Kent Banks and his wife Lisa along with their daughter Maria. Dr. Garry Banks lives in Minnesota with his wife Shannon. They have two sons, Mark and David, along with their daughter Samantha. Brett Banks is the lone Banks son left living in Calgary and has two daughters, Courtney and Torya, along with his son, Jesse. Norman Banks, most regretfully, passed away in March of 2020 with the onslaught of Covid in Washington state. Bryan always had a keen sense of humor and kindness to all which he used passionately in order to elevate and enrich other people's lives bringing a testament to the good soul he was and continues to be in God's good hands. In the words of Bryan's favorite singer, Frank Sinatra : "I did it my way" With our hearts alongside Phyllis, we will all miss you so very much Dad, Granddad, Brother, and friend but will join again someday.
See more See Less

In Memory Of Bryan Godfrey Banks