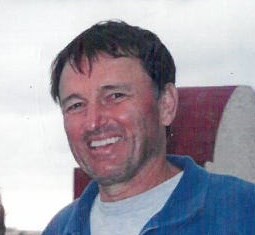 Dearly beloved Roy passed away after enduring a six month stay in hospital. He somehow managed to retain his sense of humour and optimistic outlook throughout it all. Roy was an extrovert and so loved interacting with others. It seemed that everywhere he went he knew someone and if there were no old friends present he soon made new ones. His first job was as a concrete inspector with the Dept. of Highways. He was always proud to say that the Royal BC Museum was still standing due to his work upon that site. Roy also worked with Seagram’s and Granville Island Brewery. He enjoyed both jobs as they involved seeing many people on a daily basis. The YMCA was his downtown office and living room. He had many friends there. Roy coached football for many seasons. He started in his early twenties and was involved with the Mt. Doug Rams for the last few years. He was instrumental in organizing community football. In 1987 Roy created the Victoria Spartans Football team and went on to organize more than 400 boys aged 8 to 18 in to 13 teams. Over the years many of those players have been awarded athletic scholarships and some have gone on to play pro football. In 2012 he received the Orange Helmet Builders award that is sponsored by the BC Lions. Roy always said that the most enjoyable things about football coaching were the camaraderie and “the great kids”. Roy was very supportive of charities for animals. He often donated to Wild Arc, Fur Bearer Defenders and Northern Lights Bear Rescue. If you wish to, send a donation to any animal charity in his memory. Roy is survived by his wife Llynda, sister-in-law Pat, brother-in-law Paul, brother-in-law Dan, nieces Korrina (Mark), Shanda (Stephan), Lise (Shawn), great nieces Olivia and Rowan, great nephew Keaton. There are so many good friends who have been so kind during these past six months. Thank you to the Friday night dinner group who Roy rounded up for each week’s gastronomic experience. Roy is missed so very much. There are no words to say how much. Roy brought smiles into our lives and so we will always remember him that way. Hopefully there will come a time when we can gather together to celebrate Roy.
See more See Less

In Memory Of Edwin Roy Vollinger