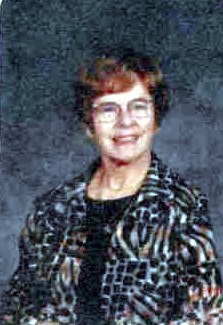 Joan died January 13, 2022 in hospital after a short illness, 26si days short of her 99th birthday.. She was born in Yorkshire, England, the second child of a pair of twin girls. Her father, Robert Burnett, was the manager of a steel mill in Middlesbrough, England, while her mother, Monica Blackburn was the youngest daughter in a family of ten children, whose father was a skilled blacksmith. During the second world war Joan and her twin sister, Margaret, decided to take nurses' training, but during 1944 Margaret met a young man in the Royal Canadian Air Force, and decided she wanted to marry him, and she moved to Vancouver Island in Canada. While Margaret started a family(one daughter, Arlene), Joan finished her training, took some additional training in midwifery, and decided she missed her sister so much, she would move to Canada to be near her. So six years after they were parted, she arrived in Canada, moved in with Margaret and family, started working and decided she quite liked the operating room, she loved to organize things and that she was really good at both those things. She came to Victoria in 1964 as the Director of Surgical Services to open the Operating Rooms in a brand new building, and stayed until 1984, when she decided to retire. Joan is predeceased by her parents, her twin sister, Margaret Hunden (Bud, deceased) and her little sister, Barbara Richmond (Eddie, deceased). She is survived by her niece, ArleneSmith/aka Meg Smith (Sinclair Smith) and sister Barbara's two children, her nephew Bob Richmond (Gill) and their son, Jack, and her niece Christine Orchard (David). There will be a service for Joan on February 15, 2022 at 1:30 p.m., St. Luke Church 3821 Cedar Hill Crossroads in Saanich. If you will be attending in person, please confirm availability at 259-477-6741. The service will also be streamed live at 1:30 at stlukecedarhill.ca. Fond memories and expressions of sympathy may be shared at www.firstmemorialsaanich.com for the Burnett family.
See more See Less

In Memory Of Joan Monica Burnett