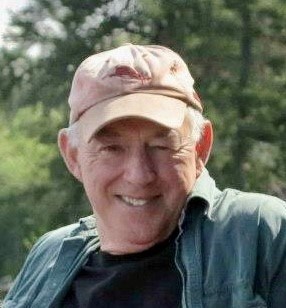 After courageously rising up to meet the challenge of cancer, Warren was reunited with his beloved parents, John (2009), Doris (2013) and brother, Denis (2005), on January 14th, a beautiful spring-like morning with “nothing but blue skies”. Deeply loved by his wife, Elizabeth, daughters Sarah (Greg), Jillian (Brandon), grandchildren Denis, Eliot, Marina and Mowat. Sorely missed by his sister, Wendy (John), nephews Baxter (Tonia), Sam and Duncan, sister-in-law, Susan, Aunt Rita and many wonderful cousins, and friends. Also survived by his sister-in-law Madeline (David) and family Anne (Justin), Neil (Steve) and Gavin, and by newly discovered eldest daughter, Tina and family Kaelan (Alexis), Mackenzie and Emma. Born at Lions Gate Hospital, Warren grew up in Gleneagles and Westbank, BC. He sought sea and mountains, adventure, dogs, fishing, skiing, planes and summers on Bowen Island with his grandparents. He was high school valedictorian, high jump champion and lover of the natural world. A consuming interest in aviation gave meaning to his life and he travelled to Manitoba to pursue bush flying (Norseman, Beaver, 185’s) and a Fisheries job at the Freshwater Institute in Winnipeg. There he fell in love with Elizabeth who studied lake ecology. This time at the Fisheries Research Board gelled his concern for the environment. After west coast float flying, they moved to Winnipeg where Warren married Elizabeth. Air Canada hired him in 1978 and soon Sarah was born in Oakville. For an opening in Vancouver, they moved to Sidney where Jillian was born at Saanich Peninsula Hospital. In 2011, he retired as Captain on the Boeing 777 saying, “My career with Air Canada was a blessing”. He loved to tell stories of “storms that could turn a dark night into day south of the equator” or relate his enthusiastic anticipation of Rosti and schnitzel – all with hand gestures. Warren could be found in John Dean Park every day with their lab, Ghillie, and Liz “forest breathing”. He knew every trail. He was a proud Scotsman and wore the Macmillan tie with pride. He loved reading and wrote many speeches and toasts from his heart. He listened and could intuit the right thing to say at the right time. Warren enjoyed building with wood – bench, desk, crib, cabin, boat, dock or dollhouse. He fixed anything for anybody. He loved to putter, organize the woodpile and tend the fire with his family close by. Cooking, fly fishing, making artisan bread, feeding birds, and a rum and coke in hand made a great day on the Inlet at the Winter Cottage. Warren and his family made many memorable trips to see Jack and Ruth in Vero Beach, Florida, and later to their Driftwood Inn villa. Summer Cottage at Willard Lake was very special where he taught kids and then grandkids to fly fish, operate an outboard motor and to “mess about in boats”. After he retired, Warren flew his Aviat Husky on amphibian floats to the lake every year and loved to give “scenics” around the cottage or search for Jack’s fishing holes. Warren was a devoted and loving husband, father, brother, talented pilot and admired friend, always present and thoughtful. He was our mighty oak, a pillar of strength. He is very missed and always loved. The family thanks Dr. McKenzie and Dr. Murchison (BC Cancer) for their care. On Saturday, February 25 from 3:00-5:00 at 8555 West Saanich Road, family and friends may gather to remember Warren. In lieu of flowers, donations may be made to BC Aviation Museum or Friends of John Dean Park. “With right good will let’s climb the hill, And leave behind all sorrow. Oh, we’ll be gay! A bright to-day Will make a bright tomorrow. Oh, we’ll be strong! The way is long That never has a turning; The hill is high, but there’s the sky, And how the West is burning!” -Robert Service Rhymes of a Rolling Stone
See more See Less

In Memory Of Warren Thomas Baxter