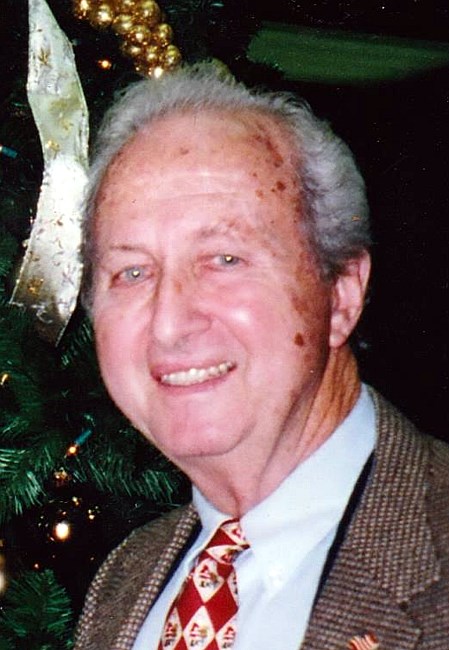 Commander Bill J Hoskins, USN, (Ret.), beloved husband and father, and a 33-year veteran of the United States Navy, has taken his final flight, departing this life on January 15, 2022, at the age of 90. Bill was born on September 21, 1931, in Panama City, Florida, to Annie Peele Grant and Roy Hoskins. The family moved to Spokane, Washington where he graduated from Lewis & Clark High School. He attended Gonzaga University and received a B.S. in Political Science from the University of Rhode Island. He was commissioned in the United States Navy and was a P-3 Orion pilot logging over 16,000 flight hours during his career. Bill married his high school sweetheart, Dorothy Helms on March 5, 1954, and they raised three daughters, Barbara, Judith and Susan. Bill was an active member of the Kempsville Lions Club for over 25 years. In 2005 he was presented with the Melvin Jones Fellow Lion of the Year award, and in 2016 he was given the distinction of being a Lifetime Lion. Bill was an avid gardener who could be found working in his garden daily. He was a godly man and a longtime member of the Community United Methodist Church. Bill was known for his kindness, sharp wit, sense of humor and willingness to share sage advice and wisdom. Bill was preceded in death by his parents and his sister Mary Etta. He is survived by his wife of 67 years Dorothy and his three daughters and their husbands; Barbara & David Brinkley of Poquoson, VA, Jude & Richard Jackson of Virginia Beach, VA and Susan & Randall Allen of Virginia Beach, VA. He was also blessed with three grandchildren; Sarah Brinkley, William Henderson (wife Ashley Lewis), Rebecca Holland (husband Ryan) and one great-granddaughter Harper Henderson. He loved his family with all his heart, was an inspiration to everyone, and will be greatly missed.
See more See Less