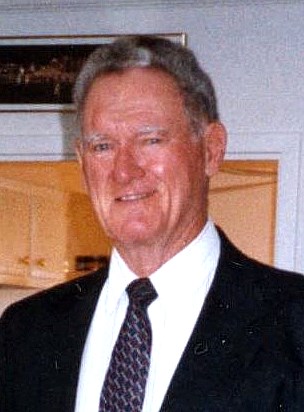 Earl Dudley Moore, 94 passed away peacefully on September 9, 2017. Earl was born and raised in the Park View section of Portsmouth, VA. He served in the Army Air Corps in World War II and he enjoyed a long career in the automobile industry, retiring from Don Comer Ford as Chief Financial Officer. Earl was a long standing member of the Chesapeake Athletic Club and the Accountants Club. He loved spending the winters at their home in The Villages in Florida where he enjoyed playing golf with his buddies. Most of all, Earl enjoyed spending time with his family and eating ice cream.

A Celebration of Life will be held on Saturday, September 16, 2017 11:00 a.m. at Smith and Williams Funeral Home, Kempsville Chapel. Inurnment will be private in Oak Grove Cemetery in Portsmouth, VA at a later date.

In Memory Of Earl Dudley Moore