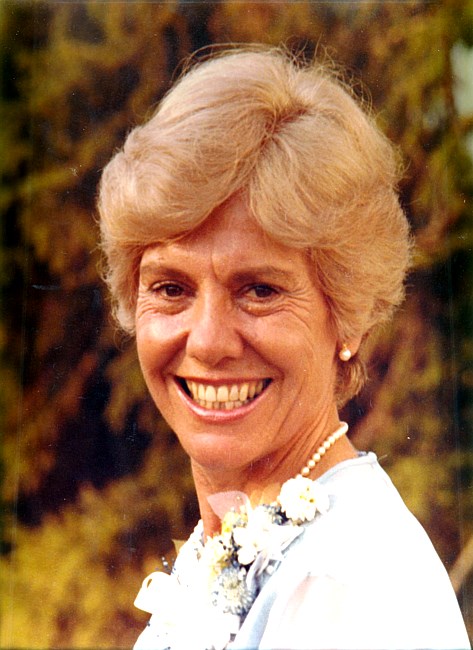 Shirley Pearl Lambourne (Herzog) 91, passed away on Sunday morning, February 19, 2017 at her home in Virginia Beach surrounded by her children, grandchildren, and great-grandchildren. Shirley was born on May 8, 1925 in Salt Lake City, Utah to George and Katherine Herzog. She had 3 brothers; George James, Robert William “Bill”, and Donald LaVark. She graduated from the University of Utah in 1948 with a degree in Elementary Education. Shirley was a member of Alpha Delta Phi sorority and the SPURS honorary society. Shirley married Robert D. Lambourne on March 19, 1948. Shirley and Robert had 5 children; Douglas Edward (died at 5-days-old), Robert George, Diane Louise, Gordon Douglas, and Sheree Ann. They had 11 grandchildren and 32 great-grandchildren. Robert’s career as an officer in the U.S. Army took them to many exciting places during their marriage. His final assignment sent them to McLean, VA, where Shirley began her 24-year career as a 5th & 6th grade elementary teacher at Kent Gardens and Haycock schools. After retiring from teaching, Shirley became very involved in the McLean Community. She was the president of three clubs. The Woman’s Club of McLean, the McLean Post Comers, and the McLean Hamlet Garden Club. She was also a member of the Republican Women’s Club, the Army Wives Club, the McLean Symphony, the McLean Bridge Club, and the McLean Bowling League. Shirley was an active member in the Church of Jesus Christ of Latter-day Saints. She served in the Relief Society, the Primary, the Sunday School, as a Boy Scout Leader, as a Ward Missionary, and as a worker in the Washington D.C. Temple. Shirley is known for creating beautiful and colorful gardens. She loved to paint, and completed four magnificent oil paintings while her husband was on assignment to Thailand for one year. She and her beloved husband Bob, loved to travel and experience the cultures of the world together. Shirley is survived by her sons, Robert G. and Gordon; and her daughters, Diane and Sheree; 11 grandchildren and 32 great-grandchildren, & her brother Donald. The family wants to express their sincere gratitude to those who loving helped the family care for her in her final years. On Thursday, February 23, 2017, there will be a viewing from 7 to 9 pm at Smith and Williams Funeral Home, located at 4889 Princess Anne Road, Virginia Beach, Virginia 23462. The Funeral Service will be held on Saturday, March 11, 2017. A viewing at 2pm, Memorial Service at 4 pm, and a gathering of family and friends at 5:30 pm at the Church of Jesus Christ of Latter-day Saints chapel, located at 4784 Princess Anne Road, Virginia Beach, Virginia 23462. At a future date, Shirley will be laid to rest with her husband Bob, at Arlington National Cemetery. If sending flowers please arrange delivery for the funeral on March 11, 2017. You may offer your condolence at www.smithandwilliamskempsville.com.