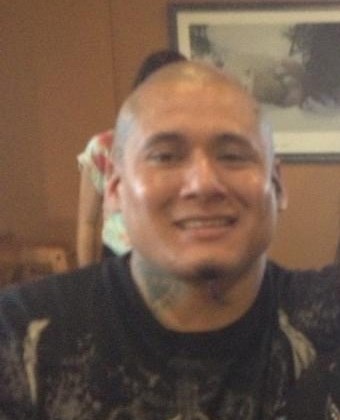 Orlando Hernandez, Sr. was born in Tulare, California on November 6, 1976 to Alejando, Sr. and Carlota (Gregorio) Hernandez. He passed away in Visalia, California on April 26, 2022 at the age of 45. Orlando was raised in Visalia, California. He was known for his good heart and always ready to lend a helping hand. Orlando younger years his hobbies were working out and attending Visalia Naz Church where he coached his daughter’s basketball team. Preceded in Death: Alejandro Hernandez Sr (father) Alejandro Hernandez Jr. (brother) Orlando is survived by his mother, Carlota Gregorio; his children: Laura Pineda, Alexandria Soliel Hernandez, Orlando Joziah Hernandez, Jr., Nathaniel Hernandez and Zoliel Jolene Hernandez; his sisters, Antonia Hernandez, Erica Archuleta, Arsenia Hernandez; his brother, Fernando Hernandez and many uncles, aunts, cousins, nieces, nephews and many friends which he considered family. A Visitation will be held at Miller Memorial Chapel 1120 West Goshen Avenue, Visalia, California on Thursday, May 19, 2022 from 3pm to 7pm with a Rosary at 6:00pm. A Mass of Christian Burial will be held at St. Mary’s Catholic Church 608 North Church Street, Visalia, California on Friday, May 20, 2022 at 10:30am followed with Interment at Visalia Public Cemetery District. Serving as pallbearers are his son Orlando Hernandez, Jr., brother Fernando Hernandez, nephew Vincent Hernandez, nephew Richard Garcia, Jr., nephew Angel Archuleta, brother in law Daniel Archuleta, cousin Danny Perez and cousin Esteban Hernandez. Fond memories and expressions of sympathy may be shared at www.millerchapel.com for the Hernandez family.
See more See Less

In Memory Of Orlando Hernandez