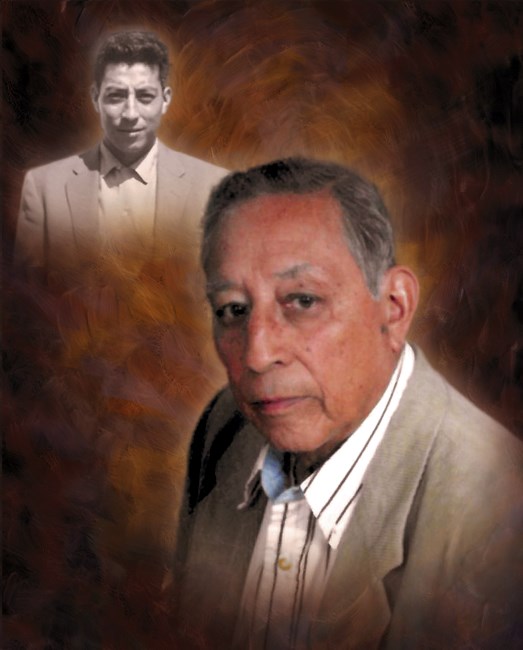 Johnny Cruz Martinez passed away peacefully, Monday September 7, 2020 surrounded by family. A rosary will be recited at 12:30pm, Saturday, September 12, 2020 followed by a service at 1:00pm at Sacred Heart Catholic Church, 2621 Bagby Avenue with Fr. Benjie Magnaye officiating. Burial will follow at Waco Memorial Park Cemetery. A viewing will be held at Connally-Compton Funeral Home on Friday, September 11, 2020 from 10:00am – 7:00pm. The service will be livestreamed on Sacred Heart Catholic Church’s Facebook page (in Waco, TX). All COVID-19 guidelines will be followed; limited seating, facial coverings and social distancing will be required. Johnny was one of 10 children born in Waco, TX on November 24, 1930 to Ysaias and Carlota Martinez. He served in the U.S. Army with Company D in the 2nd Armored Cavalry Division from 1951-1953 where he served as a squad leader. Johnny married Lydia Casillas on November 18, 1961. They were married 54 years before her death. He was a member of Sacred Heart Catholic Church and the Waco Missions Recreation Club. Johnny played baseball for the Waco High Tigers and played semi-pro baseball for the Waco Pirates and the Waco Missions baseball teams. Later in life he coached the Waco Missions baseball team. He was the ultimate baseball fan of the Baylor Baseball team and the Texas Rangers. He retired from Owens-Illinois Glass plant in 1995. He is preceded in death by his wife, parents, brother Nacho Martinez, sisters Mary Hernandez, Antonia Reyes, and Alfonsa Rocha. He is survived by his daughters Marisa Sliva and husband Darren, Monica Smith and husband Darrel, Marion Palomino and husband Axel, and a very dear niece Andrea Almaraz; grandchildren Brandon Sliva and wife Jamie, Dara Sliva and fiancé Rogelio Altamirano, Cianna Palomino, Myah Palomino and Johnny Palomino; Great grandchildren Ayden Olivarez, Marcos Altamirano and Liliana Sliva-Altamirano; brothers Joe and wife Marina, Santos, Bernardo; sisters Irene and Anita and husband Martin; and numerous nieces, nephews and godchildren. Pallbearers will be his nephew’s, Steve Martinez, Mark Martinez, Greg Martinez, David Martinez, Sam Martinez, and Landry Rodriguez. Honorary Pallbearers will be his grandsons and great grandsons, Brandon, Johnny, Ayden and Marcos. Memorials may be given in his honor to Sacred Heart Catholic Church.
See more See Less

In Memory Of Johnny C Martinez