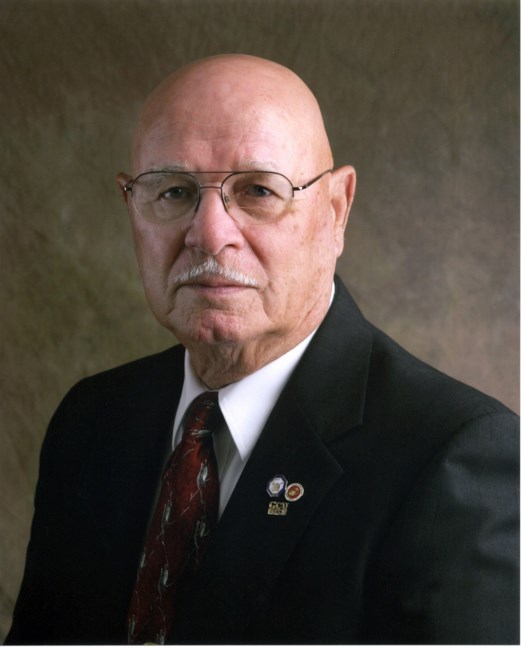 Robert Lewis Jones, 95, passed away Thursday, January 10, 2019 in Lorena, Texas. Graveside Services will be held Monday, January 14, 2019 at 2:00 p.m. at Chapel Hill Memorial Park with Mickey Fugit officiating, followed by Military Honors and Masonic Services. Visitation will be from 4:00 p.m. - 6:00 p.m. Sunday, January 13, 2019 at Connally/Compton Funeral Directors. Bob was born on November 4, 1923 to William Jefferson and Pearlie Mae Jones in Mooreville, Texas. He was a member of the United States Marine Corp., serving for 20 years active duty and 10 years in the reserves, but was a Marine until the day he died. Bob served in the Pacific Theater during WWII and was a Veteran of the Battle of Peleliu and served on New Caledonia, Guadalcanal, Saipan and Guam. He also served in the Korean war. On December 25th 1945 he married Rosa Lee Bridger and together they had two children – Alton Douglas Jones and Mary Kimberly Jones. Bob and Rosa were married for 52 wonderful years until Rosa’s passing in in 1997. After Bob’s Marine Corp. career they returned to Texas and he worked at General Tire in Waco, retiring in 1986. Bob was a Past Master of Fidelis Masonic Lodge #1127 A.F. & A.M. and Eddy Masonic Lodge #797, a Past District Deputy Grand Master of the Grand Lodge of Texas for District 61A and a 33rd Degree Scottish Rite Mason – having served as Chairman of the Wardrobe Committee for many years. In 2001 Bob married Betty McDonald and they were married for 7 years until Betty’s passing. He was preceded in death by his parents, his wife Rosa, his wife Betty and 13 brothers and sisters. He is survived by his daughter Kim Payne of Lorena, TX, son Doug Jones of Caldwell, TX and son Mike McDonald of Pottsboro, TX, grandchildren Jennifer Pitts and husband Corey, Dr. Alese Roemisch and husband Andrew, Zak Jones and wife Brooke, Joel McDonald and wife Marie and Lauren McDonald, seven great grandchildren and a special nephew Rick Jones. In Lieu of flowers the family requests that donations be made to Bruceville Baptist Church, PO Box 1118, Bruceville, TX 76630. The family would like to offer a very special Thank You to the doctors and the nurses and staff of the 3K Unit of the USVA Medical Center in Temple, TX who were unbelievable in their care of Bob and us during his stay there, and to the members of Providence Hospice who were so wonderful in caring in his last days.
See more See Less

In Memory Of Robert Lewis Jones