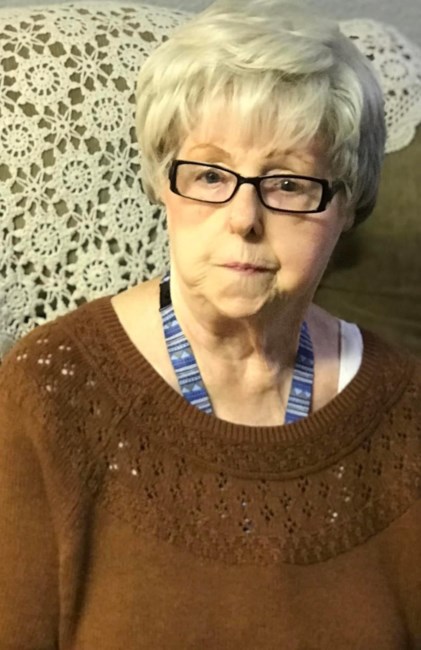 Bertha was born and raised on a farm in a house that her father built himself the year that she was born, 1928. She lived in an era where the houses on the farm had no running water or electricity. Her father built a small apartment for his great-grandmother to live in onto the house. Bertha loved to tell stories about her great great grandmother who would tell her about sticking wires in the wall to make a light at night. Bertha only knew burning coal for cooking and to stay warm and oil lamps for lighting up the night, as a child. She dearly loved her mother who had unfortunate health and needed to be gone for days at a time when she was a child. She was frequently left to tend the animals and house by herself. This is probably where her love for animals, dogs in particular, came to be. She had stories about the family's farm dog that she would let in the house for companionship although this was forbidden. On one occasion, her dog ate a portion of a pie her mother was cooling on the table. Bertha carefully made it look like she had gotten herself a slice of pie. When her mother saw the missing slice she told her that since she had hers already that she would not get another. That hurt badly because a slice of pie was a very rare treat indeed. She's had other dogs that she adored, Roxy was her last. She and Roxy are now together again. Roxy passed in October of 2022. She met Raymond at a wedding that they stood up for when she was a young teen. They lived in the same county and shared a history of being raised on a farm and being the last-born child in the family. Together, they always raised a garden for their family everywhere they lived. Their flower gardens were notoriously beautiful and extraordinary. Bertha was raised in the era of Shirley Temple, Queen Elizabeth's Coronation, and the movie "Gone with the Wind". She lived through the depression era, World War 2, during which food and most supplies were often rationed. This may have shaped her keen eye for math and calculations to stay within budget and to save for the future. Both her Raymond were great at saving and making sacrifices for the family. Food was always on the table even when times were hard. There were always presents on every occasion and holiday. We were poor but didn't know it. She was raised a catholic. Both she and our father made great sacrifices of time and money to put their children through a year in a private catholic school. They wanted us to know God and to be prepared for the sacraments, especially the Eucharist and confirmation. Dad took an unpaid job at the church to pay for this year. We are thankful to both of them for this sacrifice. She was there for each of her children through good times and bad. She had a dramatic penchant for uncannily seeing common sense solutions for many circumstances. She survived cancer and several major health ailments. She also had major losses and disappointments that she persevered through. Bertha was able to live in her house independently until the last year of her life, while she was unable to live alone, she loved her home visits. She was very independent and always tried to help herself as much as possible. She was especially happy when her dog, Roxy would visit. We want to think that she's looking down on us while she walks with Jesus, Raymond, and her family, in a new healthy body. Goodbye for now until we all meet again, We love you mom. Brzezinski, Bertha A., age 94, January 19, 2023. Beloved wife of the late Raymond. Dear mother of Heywood (the late Sheila), Christine Brzezinski and Nancy (Frank) Marks. Loving grandmother of Christopher (Angela) Southard, Calista Southard, Dawn (Robert) Bean and Monica (David) Martin. Proud great grandmother of Paige, Brittany, Audrey, Karly, Addison, Emma, Tanner and great-great grandmother of Samuel and Briella. Bertha was preceded in death by her brothers Casimir and Floyd. She is loved and missed by her many nieces and nephews. Visitation Friday, January 27 from 3pm to 8pm and Saturday 10am until the time of a Funeral Service at 11am at D.S. Temrowski & Sons Funeral Home, 30009 Hoover Road in Warren. Interment at White Chapel Cemetery in Troy.
See more See Less

In Memory Of Bertha Ann Brzezinski