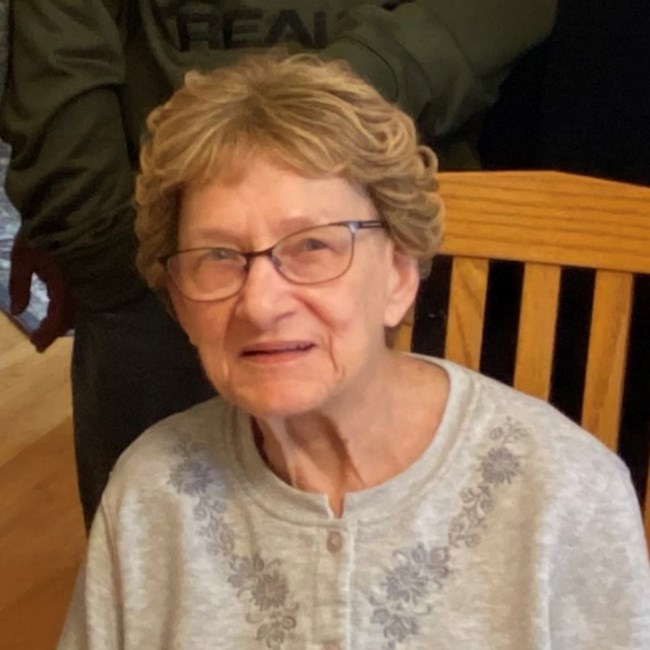 Beverly Ann Schnepper, age 84, of Eastpointe, Michigan passed away on Friday, August 12, 2022. Beverly was born April 10, 1938 in East Detroit, Michigan to the late George Hupp and the late Helen (nee: Most) Hupp. Beverly attended East Detroit High School in Eastpointe. Not long after graduating, her life would take on a wonderful new meaning as she promised herself in marriage to the dashing, Cecil Schnepper on February 5, 1957. He watched his bride take those precious and momentous steps down the aisle where the two hearts were joined as one as their journey of love began. As they embarked on their path towards the future, these two lovebirds decided to make their home in the growing community of Eastpointe. It was there that Beverly and Cecil would build a home, raise a family, and grow deeper in love with each passing day. After Cecil passed in 1994, Beverly needed something to occupy her time. She decided to go to work for her son, Roy at Butler's Collision Shop in Roseville. There she was able to put her administrative skills to use and also make new friends being the outgoing person she was. Family meant the world to Beverly, but none-so-much as her precious grandchildren. It was through their eyes and hearts that she garnered the greatest portion of joy that life had to offer,…like the days gone by when she would whisk them off to the excitement and fun grandma's house or the summer trips with other family members. Beverly will always be known to her grandchildren as a strong, loving, happy and caring grandma. Beverly's life impacted countless hearts and souls, and she leaves behind a storehouse of warm & wonderful memories that will forever keep her close amidst the absence. She will be missed immensely and loved eternally. She was the beloved wife of the late Cecil. Loving mother of Roy (Roseanna) Schnepper, Tim (Karen) Schnepper, Sharon (Roy) Dobie, Hope (the late Gary) Nawrocki, Ann (the late David Klein) Schnepper, and John (Jill) Hupp. Devoted grandmother of Jessica (Ryan) Kapanka, Daniel (Sarah) Schnepper, Katie (Daniel) Horton, Amy (Fisher) Taylor, Cecil Schnepper, Timothy (Samantha) Schnepper, Julie (Josh) Cross, Stephanie (Chuck) Kilgo, Michael (Tammi) Katchuba, and Nicole (fiancé Joe Lechner) Nawrocki. Great grandmother of 21 and one more on the way. Sister in law of Shirley Judson. She was predeceased by her siblings Donald Hupp, Norman Hupp, and Ruth Hollinger. Beverly was also survived by many nieces, nephews and other loving family members and friends. Visitation will be Thursday, August 25th at 3pm until 8pm at D.S. Temrowski & Sons Funeral Home, 30009 Hoover Rd, Warren. She will lie in state Friday, August 26th at 10am until the time of her Funeral Service at 11am at St. Thomas Lutheran in Eastpointe. Please share memories of Beverly below.
See more See Less

In Memory Of Beverly Ann Schnepper