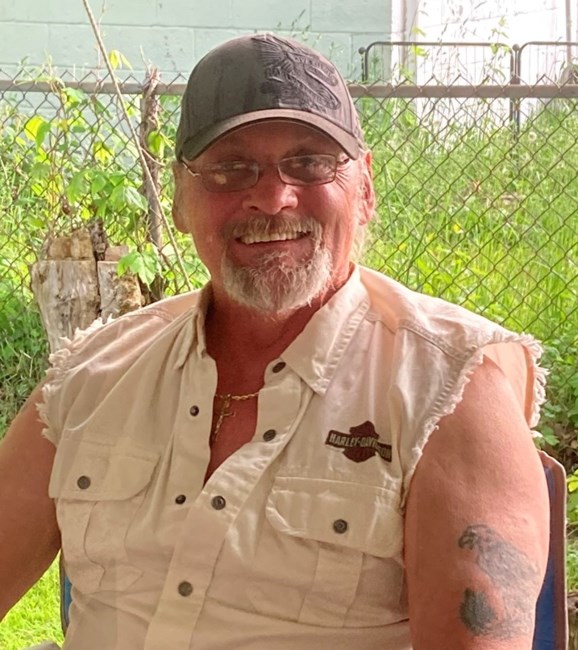 Michael Allen Choyke, age 60, of Clinton Township, Michigan. Our Ironman, Mike Allen Choyke "Big Mac" went to heaven on Wednesday, July 27, 2022. Mike was one in a million, no one can ever replace him or fill his shoes. He was an amazing father to Michael (Nikki), Allen (Natalie) and Lisa (Joe), doting Papa, and devoted husband. His whole world was family and friends. He would give the shirt off his back to a stranger on the street. He would drop everything to help anyone in need. Mike would always put family first and that does not always mean blood. Some of the greatest joys in Mike`s life was marring Pam in 2018, the birth of his granddaughter Maelyn "Buttercup" in 2015 , ,and watching his daughter Lisa marry the love of her life Joe on April 20th 2022, and the marriage of Michael and Nikki on June 4th 2022. Mike was a hard worker. He also loved throwing shoes with his son Allen , and his brother Bryan and the whole horseshoe family. Mike's second wife was his "Harley" and his brother was "Jack". Mike's favorite saying was "Live to ride and ride to live" Mike truly felt free and alive behind the wheel of his bike and with the wind in his tail. We will get through this the way Mike always thought us to. When there is an obstacle in your way you can choose to go through it, over it , or around it ! Forever in our hearts Michael was the beloved husband of Pamela. Loving father of Michael (Nikki) Sedwick, Allen (Natalie) Choyke, and Lisa (Joe) Uteg. Adored Papa of Maelyn "Buttercup" Lopez. Dear son of John and the late Bonnie Jean Choyke. Dear brother of Mark, Johnny, Rachel (Al), Cindy (David), Sherry, and Debbie (Dan). Dear brother-in-law of Angela, Joe (Courtney), Brian (Roxanne), and Doug. Son-in-law of Douglas and Patricia Affeldt. He is also survived by Uncle Jim and Aunt Terry, many nieces, nephews, and wonderful close friends. Visitation for Michael will be held Sunday, July 31st from 3-9pm with a 7pm Prayer and Eulogy Service. His Funeral Service will be held Monday at 11am at the D.S. Temrowski & Sons Funeral Home, 30009 Hoover Road, Warren. Burial at Cadillac Memorial Gardens, East in Clinton Township. Please share memories of Michael at his guest book below.
See more See Less

In Memory Of Michael Allen Choyke