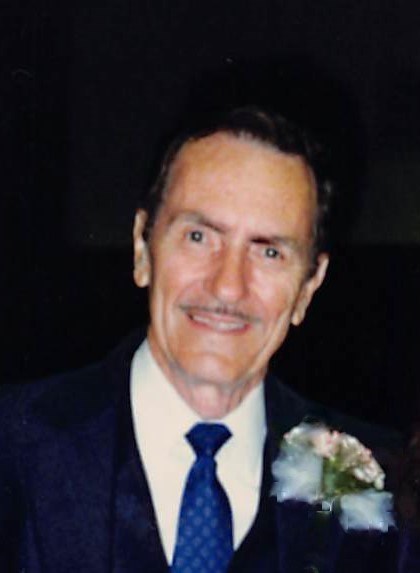 Michael Arlen Cooper, 93 years old, February 24 1929, DETROIT MI, Warren MI 2022. We lost a great man when Michael Arlean Cooper peacefully passed away on August 3rd, 2022 in his home in warren MI. He was born into a very large family. Being one of twelve children. He was always looking out for the younger ones. He had a calm and easy way about him. He didn’t get upset or show a lot of emotion. He was laid back and always willing to help another. He always reminded us to think before we talked. Which I didn’t realize until later that it allowed him very quiet dinners. Mike as he was usually known was a strong, honest, helpful, and quiet man. He always found a way to fix anything and everything. He would say “let me see that”, and off he would go. Digging into his tool man everything cupboard. He always found a solution. He didn’t want thanks or praise. Just the satisfaction of another job done. Everyone who knew him would say he was the most dependable man they met. Being one of twelve children taught him to take on responsibility at a young age. He was only 10 when he started doing odd jobs before going to school. He always found a way to fix things and a way to make money. He entered the army in 1945. Shortly after he became sick with a respiratory illness. He was sent to a hospital. While he was in the hospital his troop had moved on. The Army assigned him to a different unit. Where he ended up in Alaska. With little fighting there he learned to perfect one of his favorite activities. Playing poker. He was good. Or he was lucky. Or both. But he rarely lost. When one of his brothers passed away and they sent him home for good. That was when he met his soon-to-be bride. He met his future wife Dolores from a friend and started working for the Detroit Newspaper. He liked how petite and sweet she was. They moved to Wyandotte and had 3 girls. Cherie, Linda, Nancy. Seven years later in 1962 he moved to warren Mi and had one more girl Julie. Mike also was the proud grandfather of ten grandchildren and six great-grandchildren. Mike really enjoyed fishing. And he was always lucky at that too. He would take his girls on the boat, but we couldn’t talk and jump around. It would scare the fish! We dug up worms and took them with us. He even made us bait our own hooks. And they hit his line every time. Fish after fish. Many times, the girls went home with only a sunburn. And he was just as lucky in poker. Playing cards was a favorite pass time for him. He played in the Army after being sent to Alaska to pass the time. Being a man who showed little emotion he had the perfect poker face. Mike Cooper retired and went out on his boat as much as he could living in Mi. He really enjoyed going to flea markets and talking with the guys. That was his Saturday thing. He collected more than he needed but he always saw a use for everything. “You just never know what you might need“. He was right. Being a father of four girls we needed a man we could look up. One who taught us to be strong, independent, thoughtful, and caring. He was all that and more. The only thing he didn’t pass on was his talent for winning. That’s ok. He gave us everything we needed. And so much more. Michael was the beloved husband of the late Dolores Marie (nee: Shampo); loving father of Linda Ann (Terry) Pruitt, Nancy Cooper (Jon) Green, Julie (Ernie) Danos, and the late Cheryl Marie Contrera; dear grandfather of Holly (Jim) Clampitt, Chris Contrera, Jason (Bianca) Clark, Jon (Jamie) Clark, Ryan Clark, Jack Green, Clark (Heather) Green, Taylor Danos, Brent Danos, and Mark Danos; great-grandfather of Alexa and Josh Clampitt, Carol, Carla, Austin, Jaycee, and Jerzi Clark, Macy, Millie, and Keira Green; and brother of Marlene, Jerry, James, the late Joseph Cooper, Margaret "Peggy", John, Billy, Robert, Nada, and Donald. A visitation for Michael will be held Sunday, August 7, 2022 from 3:00 PM to 9:00 PM at D.S. Temrowski and Sons Funeral Home, 30009 Hoover Road, Warren, Michigan 48093, followed by a funeral service at 7:00 PM. Please share a memory with the family at www.temrowski.com
See more See Less

In Memory Of Michael A. Cooper