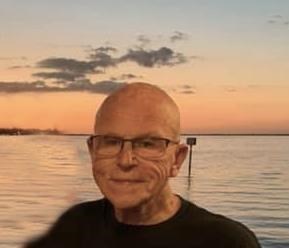 Walter G. Brehm, age 83, of Sterling Heights, passed away on January 16, 2023, preceded in death by his best friend and love of his life, Sherry. Beloved dad of Theresa (Gary) Gates and Steven Brehm (Tammy). Loving Grandpa of Meghan (Grady) McRae, Amber Brehm (Shane), and the late Allan Brehm. Caring Great-Grandpa of Bailey, Jonathan, and Doc. Cherished brother of the late Vera (the late Tony) Gaglio. Also survived by his grand-pet kids, loving in-laws, nieces, nephews, his GTS/AIP family, friends, and neighbors, Born in Detroit to the late Frank and Luise Brehm, Walter was a stubborn German man who loved his family dearly. A longtime member of St. Ephrem Catholic Church, Walter was devoted to his faith. In his free time, Walter was an avid bowler. In his daily life, Walter could always be found cutting his grass, the neighbor’s grass and tending to his flowerbeds. He had a special place in his heart for classic cars; his favorite was a 1957 Chevy. Walter wanted to stay busy after retirement from Global Tooling Systems. His routine consisted of his daily 7pm walk around the Community Center of Sterling Heights and greeting people at the BP, across from Dodge Park, where he would enjoy the music on Thursday nights in the summer. Walter was a giving, respected and selfless person by nature. Though never having been in the Armed Forces, he made it a point to support veterans in any way he could. He purchased bricks for those he knew who served in our Country’s military to be installed at Freedom Hill’s Military Memorial. He volunteered cleaning headstones of sections, paying close attention to the veterans final resting place at Resurrection Cemetery, always donating to VVA #154, and adopting several families throughout the years so they may have a wonderful Christmas. Truly a very giving and compassionate man. Walter will be missed dearly by all who survive him. He has left a wonderful legacy and memories for all to cherish. Visitation Thursday, January 19th from 3pm to 9pm and Friday, January 20th from 12pm to 9pm with a 7pm Rosary on Friday, January 20th at A.H. Peters Funeral Home, 32000 Schoenherr Road, in Warren. Walter will lay Instate at 10am, on Saturday, January 21st with Mass taking place at 11am at St. Ephrem Catholic Church, 38900 Dodge Park in Sterling Heights. In lieu of flowers, memorial donations to VVA #154 at 18025 15 Mile Rd, Clinton Twp, MI 48035, are appreciated.
See more See Less

In Memory Of Walter G. Brehm