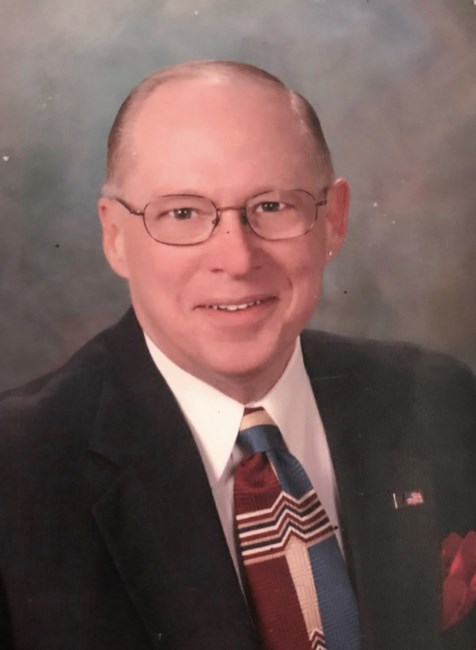 William “Bill” VanDeWeghe 78, of Clinton Township passed away peacefully on August 14th. Bill was born to Joseph & Marie VanDeWeghe. He and his brother Joe grew up in Detroit and Grosse Pointe. Bill graduated from Notre Dame High School in 1961. Bill proudly served in the United States Air Force after graduation and received an honorable discharged in 1966. After serving our country, Bill attended Worsham College of Mortuary Science and became a license funeral director. He owned and operated Eppens-VanDeWeghe Funeral home on Cadieux in Detroit until he sold the business. Bill was not ready to retire just yet, so he became a license real estate agent in Grosse Pointe. Bill and his life partner Bill loved to travel. They enjoyed cruises, Hawaii and spending winter months in Florida. They also enjoyed boating. You would often see them on their boat “The Director” on Lake St. Clair or partying with their friends from the Belvidere Boat Club. Another past time Bill enjoyed was cooking. He loved cooking the family’s Christmas brunch & his turn at hosting Thanksgiving dinner. Bill through the years was a member of many organizations: 1. Honorary Life Member of the Knights of Columbus 2. Member of Council 11957- Shelby Twp. MI 3. Past member of the DAC, DYC, and the Belvidere Boat Club. 4. Past President of the Grosse Pointe Optimist Club. 5 .Past President of the Grosse Pointe Board of Realtors. 6. Past President of District One of the Michigan Funeral Directors Association. William is survived by his lifelong partner of 45 years, William Stanley. He is Uncle to Joseph (Melissa) VanDeWeghe, Brian VanDeWeghe and many other nieces and nephews. Brother in law to Theresa (George) Michael, Sharon (Gerald) Mielke, Denise Tujaka, Michele (Karl) DeLeeuw. Visitation will be held at the A H Peters Funeral Home, located at 32000 Schoenherr at Masonic in Warren, MI on Thursday, August 19th from 2:00-9:00. There will be a rosary at 7:00pm. William will lie in state on Friday, August 20th at 10:00am until the funeral mass at 10:30am at St. Ronald’s Catholic Church, located at 17701 15 Mile Rd., Clinton Township, MI 48235 Memorial contributions can be made to the Wounded Warrior Project or Father Solanus Casey Center. At Bill’s request, a private entombment at Mt. Olivet for immediate family only.
See more See Less

In Memory Of William Robert VanDeWeghe